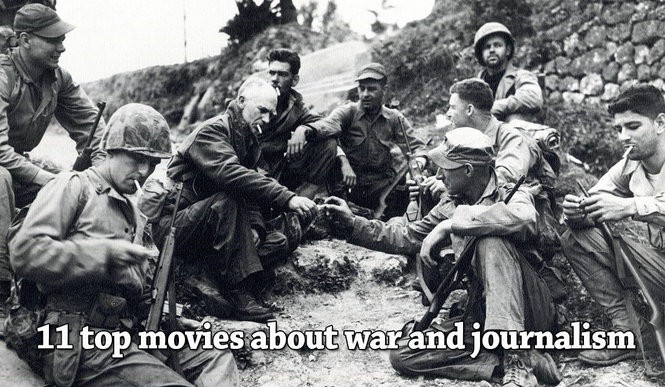 Every modern war has inspired its share of great movies. Some of those movies involve journalists, whether for explanatory purposes, or drama, or comic relief. And why not? Correspondents stand in for ordinary citizens, bearing witness to war and being changed by it. Depending on the director’s vision, their characters can be used lionize the troops, or humanize the war, or lament the whole bloody fiasco. The reporters themselves can be portrayed as heroes or cowards, visionaries or dupes. They can be terrified, and they can do hilarious things to relieve the tension. The new Tina Fey movie, ‘Whiskey Tango Foxtrot,’ stands on its own merits, but also stands as the most recent in a long line of cinematic treatments of war and the men and women who cover it.

We refreshed our «10 Must-See War Documentaries» following the release of the incredible «Jim: The James Foley Story». Here are our picks for 10 more must-see war documentaries.

First on the list has to be The Unknown Known which inspired our first edition of must see war documentaries. From legendary director Errol Morris, The Unknown Known turns the camera on former US Secretary of Defence Donald Rumsfeld. Rumsfeld is considered one of the architects of the Iraq war and this film gives fascinating insight into the 2003 invasion of Iraq.