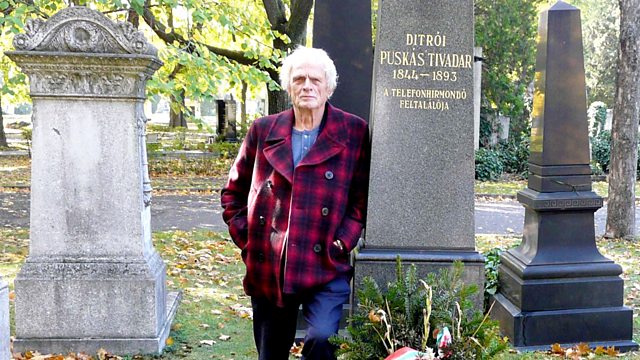 We often think of the scheduled broadcasting of news, information and entertainment as having begun in the 1920s. But we’re wrong. It was in 1893 in Budapest that Theodore Puskas opened his Telefon Hirmondo or ‘Telephone Newspaper’.

Subscribers to this telephone service could enjoy a daily timetable of foreign, national and local news, sport, weather, fashion, stock market reports, language lessons, music, theatre and much more. It was delivered by a team of journalists, copy-writers, editors, announcers and engineers which would be familiar to any radio station today. To our ears, Telefon Hirmondo would have sounded uncannily modern. For example, there would be live relays of church services, theatre productions, concerts and opera performances and reports direct from parliament and sports events.

Laurie Taylor travels to Budapest to uncover this extraordinary story of ‘radio before radio’. He visits a special exhibition at the city’s postal museum and takes a look inside Hungarian State Opera, whose performances were broadcast live via Telefon Hirmondo from the 1890s.

Laurie explores the lengths to which Telefon Hirmondo went to market its product, hooking in not just domestic subscribers but hotels, restaurants, clubs, dental surgeries and barber shops. He also delves into the telephone’s early history to explain the confusion on both sides of the Atlantic over what the device was best used for.

How did Hungary come to lead the world in broadcasting, rather than the USA, Britain or France? The genius of Theodore Puskas is a large part of the explanation. Among the contributors, we hear from his descendant, Barbara Fally-Puskas.