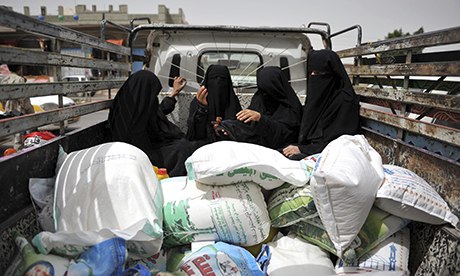 Yemeni women help to transport sacks of food aid from a distribution centre in Sana’a. Child malnutrition remains a major problem in the country. Photograph: EPA (The Guardian)

In what will come as a surprise to many, the OECD’s 2013 aid figures reveal that foreign aid (ODA) from governments is actually increasing. This is despite ongoing budgetary constraints in many countries. After two years of decline, foreign aid rose 6.1% in real terms in 2013 to reach its highest level ever. Released yesterday, here are some main results:

In what may give further fuel to the debate about what counts as aid, in 2013 aid in the form of non-grant disbursements (such as concessional loans) increased by 33%.