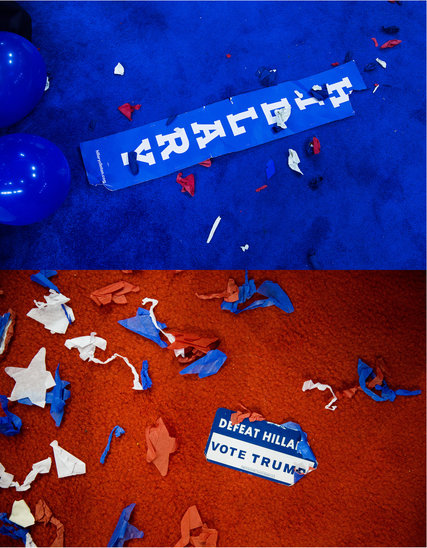 THE YEAR OF VOTING DANGEROUSLY
By Maureen Dowd
432 pp. Twelve. $30.

This is a stranger-than-fiction campaign many of us want to forget. So is it too soon to wallow in the reality of it?

That question bedevils Maureen Dowd’s book on the 2016 presidential race, “The Year of Voting Dangerously,” a rolling, roiling collection of her columns — mainly ridiculing the two political figures she, like most of us, loves to loathe: Hillary Clinton and Donald J. Trump.

Put aside whether cobbling together a bunch of newspaper columns with a small amount of fresh material is too easy a way to publish a “new book.” Dowd has spent two decades mining (and mocking) the minds of these two very American, and often tragic, figures. We are living in a raging bull market for a biting New York Times columnist to describe as bull two New York grandparents ensconced in the bubble of the upper .01 percent while championing the ordinary people they know mostly as staff.

Dowd was born to write about this race. And she dissects its main characters with poison in her pen and poetic punch in her delivery. She unleashes these talents mercilessly, if occasionally redundantly.

This year, she says, “America got mad — and went mad.” But we’ve had it coming. Dowd has been tearing into the Clintons for more than 20 years — admirably so, given that she runs in the same liberal circles. Her Hillary is unteachable, paranoid and money-grubbing, and “only apologizes at the point of a gun.”

“As a Clinton White House aide once explained to me,” she writes, “‘Hillary, though a Methodist, thinks of herself like an Episcopal bishop who deserves to live at the level of her wealthy parishioners, in return for devoting her life to God and good works.’” She likes this barb so much it appears three times in the book. She is merciless in rehashing how Hillary slimed Monica Lewinsky, pocketed $675,000 in Goldman Sachs cash for three speeches and has relied on “scummy” hatchet men like Dick Morris: “The Clintons don’t sparkle with honesty and openness. Between his lordly appetites and her queenly prerogatives, you always feel as if there’s something afoot.”