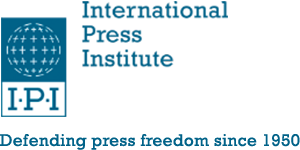 Vienna, December 22 – Around the world press freedom faced a litany of attacks in 2018, as political leaders unwilling to accept scrutiny increasingly jail, prosecute or undermine the credibility of critical journalists. As many as 78 journalists were killed in 2018, according to the International Press Institute (IPI)’sDeath Watch, as scores of murders in previous years remain mired in impunity.

“There is a growing movement, including in countries once seen as guarantors of fundamental rights, aimed at destroying the press as an institution of democracy”, IPI Executive Director Barbara Trionfi said. “This atmosphere of intolerance toward independent journalism is putting the lives and freedom of journalists at risk and threatening the public’s right to know.”

IPI, a global network of editors, media executives and leading journalists for media freedom, has been compiling annual data on the killings of journalists since 1997 as part of its press freedom and safety of journalist programmes.

The Death Watch data for 2018 show that as many as 28 reporters and journalists were killed in targeted attacks during the year, while 11 died covering armed conflict. Mexico and Afghanistan were the deadliest countries for journalists were overall, with 13 deaths each.