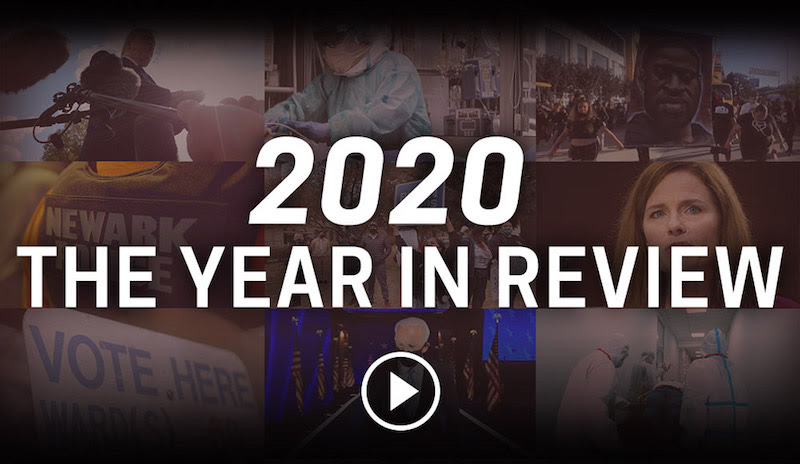 As this tumultuous year draws to a close, I am writing to you with a look back and a message of gratitude for your support.

Throughout a pandemic, a national reckoning with racism and a historically polarizing presidential election, you’ve joined us week after week for stories that matter.

Within weeks of the coronavirus pandemic emerging, we were on the ground asking tough questions and exposing painful scenes, both here and abroad. We examined how America’s outbreak became the worst in the world, why our leaders failed to protect us, and we revealed the hidden toll on some of the country’s most vulnerable people.

Against the backdrop of a pandemic that is disproportionately impacting Black, Indigenous, Latino and other communities of color in the U.S., the killing of George Floyd sparked an explosion of outrage. As the country grappled with the realities of racism both present and past, we unpacked the context for this profound moment with a team of journalists that has been covering questions of race, policing and inequality for years.

Through it all, of course, the election season was ramping up, and we examined the evolution of America’s divisions and the role of conspiracy theories in our politics. Our documentaries also took you inside the dueling biographies of the candidates and the fight over the integrity of the vote, and shared the unvarnished voices of your fellow Americans living through this historic time.

Along the way these many months, we also investigated China’s crackdown on Uyghur Muslims, the rise of Amazon and Jeff Bezos, the corporate corruption behind the opioid epidemic, the war over plastics and much, much more.

ll told, we brought you 25 new documentaries this year. We released more than 100 extended interviews through our ongoing journalistic transparency project. We supported and co-published dozens of vital local stories as part of an initiative to strengthen investigative reporting in areas of the country where it is endangered. We released nearly 30 new podcast episodes, expanding The FRONTLINE Dispatch and also launching a new series, I’m Not A Monster, with the BBC. Our journalism has grown in reach across digital platforms, including on YouTube, where many millions of people streamed FRONTLINE documentaries this year. And in this time of challenges and division, our work was recognized as «a social conscience for public television and American society.»

Whatever 2021 may hold, you can count on us to keep bringing you journalism that’s fair, trusted and transparent. We’ll be back at it in January, with the U.S. broadcast premiere of A Thousand Cuts — the story of how prominent journalist Maria Ressa became a prime target of Philippine President Rodrigo Duterte’s war on the press, and the implications for democracy. It’s a special edition of FRONTLINE, Friday, Jan. 8.

Thank you for your continued support. We hope that you and your loved ones are safe and healthy.