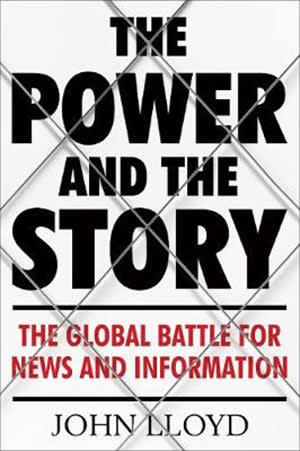 No news is bad news: why we need journalism to survive

In ‘The Power and the Story’, John Lloyd shows how an embattled profession is fighting backby: Steve Coll
by Steve Coll
In 2003, the Southern Metropolitan Daily in Guangzhou, China, published a daring investigation into the death of Sun Zhigang, a migrant worker picked up by police for lacking proper documents and then dumped into a detention centre. The Daily’s revelations triggered popular outrage that resulted in significant systemic reform. It was a time of rising confidence and achievement for independent investigative reporting in China, a risky endeavour for editors who must continually test the state’s tolerance.
Since then, however, the space for such journalism has narrowed greatly, as President Xi Jinping has consolidated power and pressured civil society. These days, as John Lloyd writes in The Power and the Story, Chinese reporters have learnt that they can occasionally “swat flies” with their investigative work, but not “beat tigers” such as security services or leaders of the Communist party.
The regression is in line with worldwide trends. During the 1990s and mid-2000s, Lloyd reminds us, professional and independent journalism expanded in the developing world and formerly communist states, even under authoritarian regimes. Yet during the past five years, with strongmen and populism on the march, that progress has been reversed.
…MORE