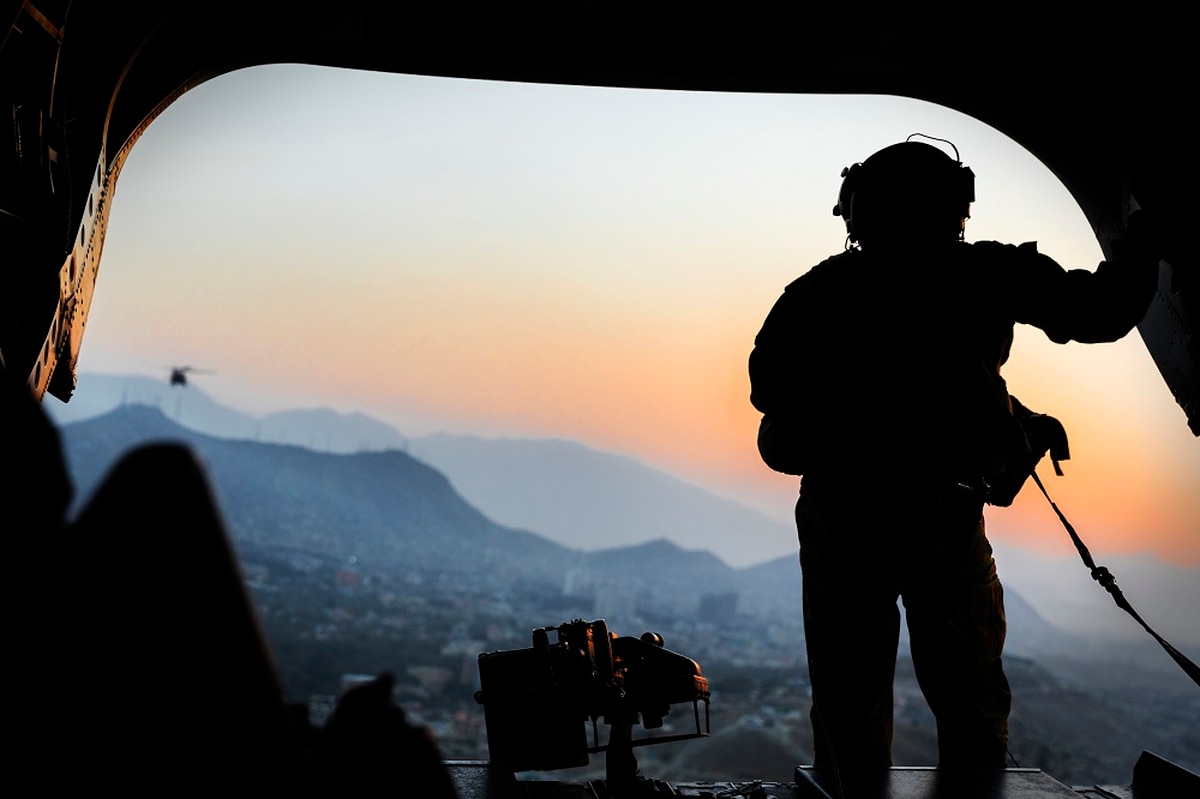 A United States Army loadmaster stands on the rear ramp of a CH-47F Chinook and watches the sunset as it flies over Kabul, Afghanistan. (Julie A. Kelemen/Defense Department)

WASHINGTON — Overseas combat operations since 2001 have cost the United States an estimated $4.3 trillion so far, and trillions more in veterans benefits spending in years to come, according to the latest analysis from the Costs of War project.

The annual analysis from Brown University’s Watson Institute for International and Public Affairs shows a steadily growing tally for the 16 years of wars overseas. Study author Neta Crawford said the goal of the ongoing project is to better illustrate the true costs of overseas military operations.

“Every war costs money before, during and after it occurs — as governments prepare for, wage, and recover from armed conflict by replacing equipment, caring for the wounded and repairing infrastructure destroyed in the fighting,” she wrote in the 2017 report.

Of the total, only about $1.9 trillion has been reported by defense officials as official overseas contingency operations funding.

The full Costs of War report is available on the university’s web site.

Dangers Of Trump’s Increasing Militarization Of His Foreign Policy – Analysis

In the post-Cold War world, successive US administrations have jostled with the inclination to adopt military means to achieve policy goals. Reflecting the regularity of such an inclination are the findings of a recent US Congressional Research Service report, which states that the United States has deployed its armed forces in over 190 rotational and active conflict missions abroad between the fall of the Berlin Wall in 1989 and October 10, 2017.

Monetarily, it has had an average (post-Cold War) budget of about $553 billion – with its spending accounting for over one-third of the world’s total military expenditure (source: SIPRI). Also, the American defence architecture has an unparalleled power projection capability of “nearly 800 military bases in more than 70 countries and territories abroad”. Thus, spurring the implication – unarguably honing the best hammer renders every problem to appear as a nail.