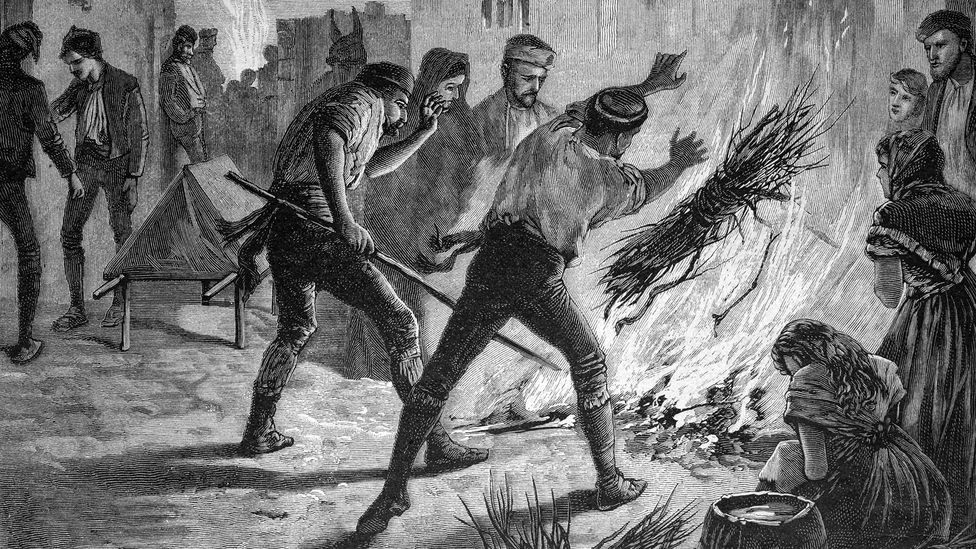 In this spookily prescient booklet, people are advised to keep six feet apart, avoid shaking hands and only send one person per household out to do the shopping.

It was the dead of night in mid-November 1582. A sailor stepped onto the dock at the port of Alghero, Sardinia, and took in the view of the city for the last time.

The unfortunate mariner is thought to have arrived from Marseille, 447km (278 miles) across the Mediterranean Sea. The plague had been raging there for a year – and it seems that he had brought it with him. He was already delirious, and suffering from the characteristic swellings that marked out the disease, known as buboes, in his groin area.

And yet, somehow the sailor managed to get past the plague guardians, or Morbers, whose job it was to stop those who had any symptoms. He made it into the city. Within days, he was dead and an outbreak had begun.

At this point, many of the people of Alghero were already doomed. Based on official records from the time, one 18th-Century historian estimated that the epidemic led to 6,000 deaths, leaving only 150 people alive. In reality, it’s thought that the epidemic killed 60% of the city’s population. (The exaggeration may have been an attempt by the government of the time to avoid tax.) Mass graves sprung up, some of which remain to this day – long trenches filled with the bones of up to 30 people at a time.