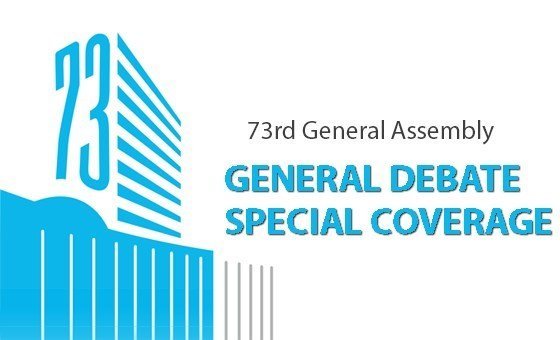 About the General Assembly

) are represented in this unique forum to discuss and work together on a wide array of international issues covered by the UN Charter, such as development, peace and security, international law, etc. In September, all the Members meet in the General Assembly Hall in New York for the annual General Assembly session.

Learn more about the General Assembly >>

At United Nations, Fears of a ‘New World Disorder’ as Trump Returns

Trump at the U.N.: Undiplomatic? This Time, Aides Fear the Opposite

A year after his stormy debut at the U.N., Trump will claim foreign policy successes from his brash diplomacy

What to expect from the UN General Assembly

As Trump Heads to UN, Other Nations Adjust to His ‘America First’ Policy

AP Analysis: Trump heads to UN as US retreats from world

Middle East Notes and Comment: In Search of an Iran Strategy