Brief introduction to Syria in the form of a presentation by Ethos3. If you are just now learning about Syria, this short summary of the complicated Syrian conflict is just enough to get your feet wet before you dive into the deep end of information and controversy. by Ethos3 | Presentation Design and Training on Sep 09, 2013 –CLICK HERE or on the image. 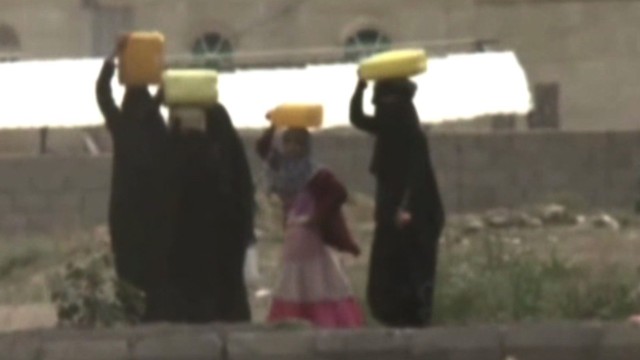 Imagine a world where climate change – and a dwindling water supply – may have helped fuel Syria’s civil war.

Five years before Syria was awash in sectarian bloodshed, it was in the midst of a devastating drought – one of the worst in modern times.

The numbers are staggering.

According to the center for climate and security, from 2006 to 2011, the unprecedented drought scorched 60 percent of Syria’s land – killing 80% of the livestock in some regions, putting three quarters of the farmers there out of work, and ultimately displacing 1.5 million people.

And that was before the bloody conflict that has so far scattered four million more inside the country and sent two million refugees streaming across Syria’s borders.

While no one is claiming a direct cause and effect, the drought did bring on the diaspora from dying farms to over-crowded cities – and thereby put enormous economic and social pressures on an already fractious society.

And Syria is far from an isolated case.

Scientists warn that with severe water shortages in Yemen and other countries in the region, the climate of violent revolution may spread.

Water was also the stumbling block in peace talks between Israel and Syria 13 years ago…. MORE