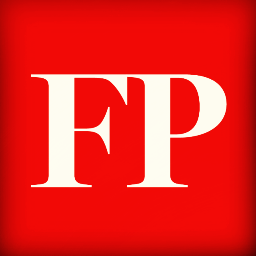 When it comes to crude oil and other hydrocarbons, the United States is bursting at the seams. The United States has very rapidly become a powerhouse as an exporter of finished petroleum products, natural gas liquids, other oils including ethanol, and even crude oil — with total gross exports of all of these combined expected to reach 5 million barrels per day (mb/d) or more by the end of this year, up a stunning 4 mb/d since 2005. Total oil exports in 2014 pushed the commodity to the top of the list of U.S. exports by category, far surpassing all agricultural products, capital goods, even aircraft as the largest sector of U.S. export trade. Meanwhile, U.S. crude oil exports, largely to Canada, are 500 percent above what they were a year before, and are heading for around 500,000 b/d by year end.

This remarkable boom is unlikely to stop even if prevailing prices for oil fall as low as $50. Indeed, even if light sweet crude (WTI) prices fell below $75 for a while, production growth would continue at relatively high levels for years to come. While the debate in the United States intensifies over whether the country should lift restrictions dating back to the 1970s on exporting crude oil, facts on the ground are changing faster than policymakers in Washington recognize — or global markets are ready to realize. As U.S. hydrocarbon trade flows get turned on their head, oil exporter countries lose their largest market, and face greater competition in the rest of the world. The global impact on energy prices, global trade and investment flows, petrostate revenues and political stability, and economic boosts to net importer countries and consumers are resulting in broad economic and geopolitical shifts that are beginning to ripple through the world.

By late 2014, every barrel of locally produced petroleum product and crude oil — as well as the yet-to-be-legally-defined category of condensate (chemically, a form of ultra-light crude oil) — that can get out of the country is, in fact, getting out. Too much attention has been placed on whether to lift the “ban” on crude oil exports. Only a limited ban effectively impacts oil produced in federal waters or transported through a federally mandated pipeline; elsewhere, there is a minefield of obstacles to exporting crude oil from the United States — but a fairly permissive regulatory framework that already applies to Canada, is likely to be applied within a year to Mexico (and soon thereafter to some free trade agreement partners), even without legislation to lift the bans.

In 1977-78, I attended, as a SIPA Master’s student at Columbia University, in New York, the general course Management of the International System. It was a nuclear course, centered in history, theories and models of international relations.

It was divided into lectures and more practical classes, imparted by three different professors:

–William T.R. Fox, an American foreign policy professor who elaborated Nicholas Spykman‘s concept of superpower in the book The Superpowers: The United States, Britain and the Soviet Union — Their Responsibility for Peace (1944), which spoke of the global reach of a super-empowered nation.[5] Fox used the word Superpower to identify a new category of power able to occupy the highest status in a world in which, as the war then raging demonstrated, states could challenge and fight each other on a global scale. According to him, there were (at that moment) three states that were superpowers: British Empire, the United States, and the Soviet Union. The British Empire was the most extensive empire in world history and considered the foremost great power, holding sway over 25% of the world’s population[6] and controlling about 25% of the Earth’s total land area,[7] while the United States and the Soviet Union grew in power in World War II. (Source: Wikipedia)

–Donald Puchala, an expert in the UN, the EU, IO and practically any corner of the field of internacional relations.

-Edward Morse, senior researcher at the time at  the Council on Foreign Relations, who had just published an excellent book: Modernization and Transformation of International Relations. This is how he presented his book in the Jan 1977 issue of the magazine: 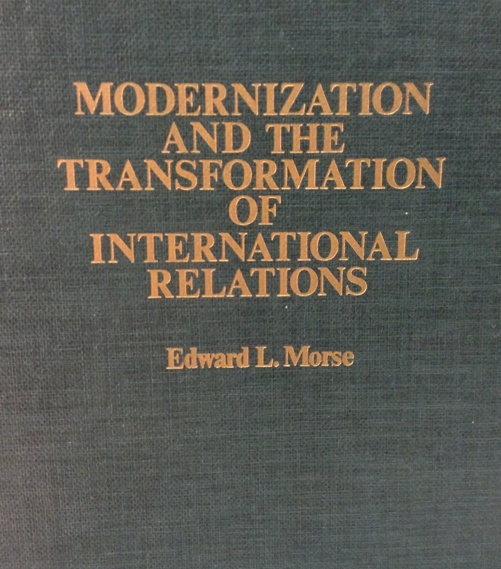 Foreign policies, the values that go into them, and the international system itself are very different from those assumed when the Peace of Westphalia shaped the world. But there is no new consensus: practice lags behind perception, and paradoxes imperil prediction. The resulting instability is a force for change but what it will lead to remains a puzzle. This comprehensive and well-argued essay brings these themes into sharp focus and should stimulate much thought. W.D.

This the profile you find on him if you enter today Wikipedia. No reference to his classes at Columbia, which I enjoyed so much, right before leaving for the Carter’s Administration in 1978.

He taught international relations at Princeton University‘s Woodrow Wilson School of Public and International Affairs from 1969 to 1975. From 1975 to 1978, Morse was a senior research fellow at the Council on Foreign Relations.

In 1978, Morse joined the U.S. Department of State, where he was initially executive assistant to the Undersecretary for Economic Affairs. In 1979, Morse became Deputy Assistant Secretary of State for International Energy Policy, and was the U.S. representative at the International Energy Agency, under the Carter and Reagan administrations.

From 1981 to 1984, he worked at Phillips Petroleum Co., where he was Director for International Affairs. He was a co-founder and Managing Director at PFC Energy from 1984 to 1996. He was president of the Petroleum Intelligence Weekly, a premier journal for energy intelligence, from 1988 to 1999. In 1999, Morse joined Hess Energy Trading Co. as a senior executive.

In 2001, Morse chaired a task force on energy security, sponsored jointly by the Council on Foreign Relations and the James A. Baker III Institute at Rice University.

In 2006, Morse joined Lehman Brothers as a managing director and chief energy economist, where he built a world-class team as part of the #1-ranked fixed-income research group. Upon its bankruptcy in 2008, Morse moved to Louis Capital Markets. In January 2010, Edward Morse joined Credit Suisse as Head of Commodities Research. In 2011, Morse was hired by Citigroup to be their Global Head of Commodities Research.

He is chairman of the New York Energy Forum, and serves on the academic advisory boards at Columbia University’s School of International and Public Affairs and Johns Hopkins University’s School of Advanced International Studies. He is a member of Oxford Energy Policy Club, the Council on Foreign Relations, and an editor of The Geopolitics of Energy. For his pioneering contributions to energy research, he was honored by the International Association for Energy Economics.