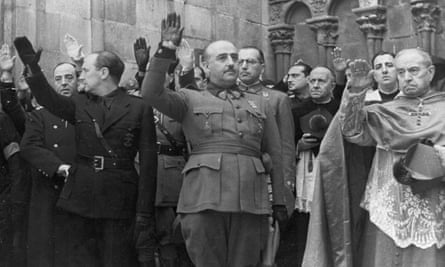 a lively account of corruption, political incompetence and social division in modern Spain

Paul Preston is Britain’s foremost historian of contemporary Spain. A People Betrayed is a magisterial study of its turbulent past, seen through the optic of those apparently ineradicable twins: corruption and political incompetence. Preston’s central argument is that these phenomena undermined the possibility of political and social cohesion in Spain when the country emerged into the 20th century as an urbanising and industrialising society.

While corruption and political incompetence were, and are, prevalent in Spain, they are scarcely unique to it. Yet there has been a pronounced tendency among British authors to write with condescension about Spain’s “troubles”. Preston himself has never done so, and has never engaged in the mythologising of “untroubled” Britain that accompanies it. The fact that he wrote A People Betrayed in the shadow of Brexit, with its home-grown pathology of lies, corruption and eye-popping incompetence, means there is much in his acute analysis of another country’s ills to illuminate our own present malaise.

The book’s dual valency – past and present – is a helpful bonus, though not a surprising one. For the corruption Preston investigates in Spain, especially its tentacular embeddedness, comes with the territory of modern states and societies. Their ever greater complexity creates new opportunities for dishonesty and manipulation, notably now at the opaque interface between government and private and corporate interest. Reading Preston on the state as milch cow for the privileged in 19th- and early 20th-century Spain has a depressing present-day ring to it. (Even though for some decades we have lived with the neoliberal paradox that rightwingers are happy to milk the state but now do so while lambasting it as “expensive”, restrictive and a bad thing all round.)