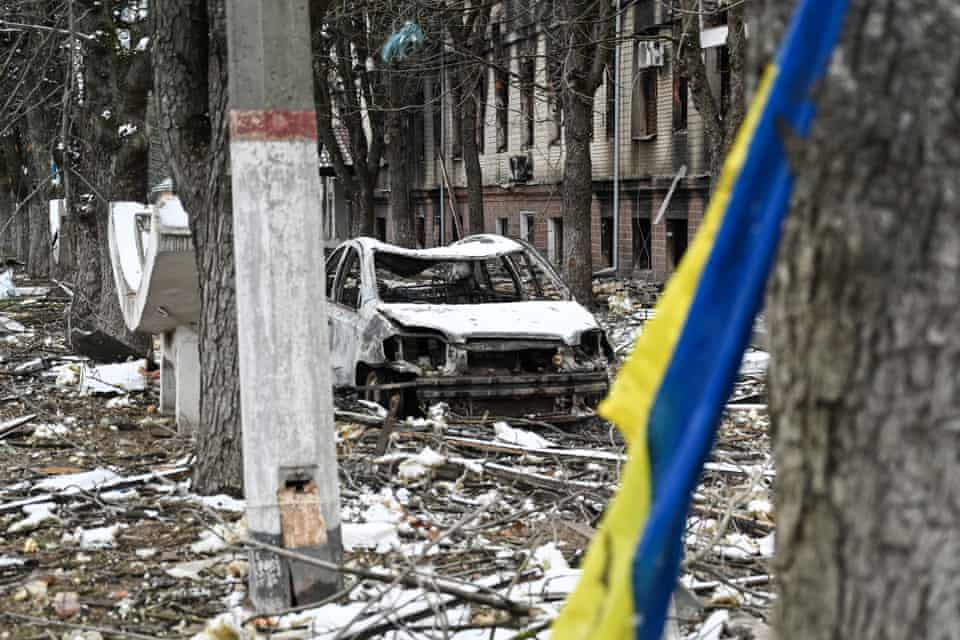 To understand the tragedy of this war, it is worth going back beyond the last few weeks and months, and even beyond Vladimir Putin

For three months everyone argued about whether there would be a war, whether Vladimir Putin was bluffing or serious. Some of the Russia experts who had long told people to take it easy were now telling people to get worried. Others, who had long criticised Putin, said that he was just trying to draw attention to himself, that it was all for show. Among the analysts, there was a debate between the troop watchers and the TV watchers. The troop watchers saw the massive concentration of Russian forces at the border and in Crimea and warned of invasion. The TV watchers said that Russian TV was not ramping up war hysteria, as it usually does before a Russian invasion, and that this meant there would be no war.

The question was settled, for ever, on the night of 24 February, when Russian missiles hit military installations and civilian targets inside Ukraine, and Russian armoured convoys crossed the border. Then everyone began arguing about why. Was Putin crazy? Was he genuinely concerned about Nato expansion? Was he thinking in amoral categories – as longtime Putin scholar Fiona Hill suggested – that were fundamentally historical, along timescales that made no sense to ordinary mortals? Was he trying, bit by bit, to reconstruct the Russian Empire? Was Estonia next?

I had travelled to Moscow in January to see what I could learn. The city looked beautiful. Snow lay on the ground and everyone was very calm. Yes, repressions were ramping up, the space for political expression was narrowing, and many more people had died of Covid-19 than was officially acknowledged. And yes, speaking of Covid, Putin was paranoid about it, forcing anyone who wanted to see him in person to quarantine for one week in advance in a hotel the Kremlin had for that purpose. No one thought things were going in anything like the right direction, but none of the people I spoke to, some of them fairly well connected, thought an invasion was actually going to happen.

They thought Putin was engaged in coercive diplomacy. They thought the American intelligence community had lost its mind. I visited friends, listened to their reflections, gamed out the various scenarios. Even if an invasion did happen – a big if – it would be over quickly, we all agreed. It would be like Crimea: a precision operation, the use of overwhelming technological superiority. Putin had always been so cautious – the sort of person who never started a fight he wasn’t sure to win. It would be terrible, but relatively painless. That was wrong. We were all wrong.

That everyone was wrong did not prevent everyone from immediately claiming that, in fact, they’d been right. Russia experts who had been arguing for years that Putin was a bloody tyrant rushed forth to claim vindication, for he had undoubtedly become what they had claimed he was all along. Russia experts who had been arguing for years that we needed to heed Putin’s warnings could also claim vindication (though more quietly) because Putin had finally acted on those warnings. As usual, officials from US presidential administrations of yore were trotted out on TV as talking heads, dispensing their wisdom and accepting no responsibility, as if they had not all contributed, in one way or another, to the catastrophe.