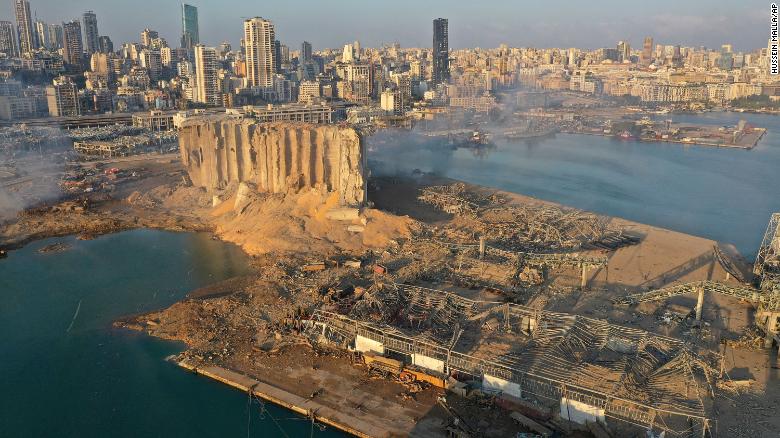 Everyone who survived the events of August 4, 2020, in Beirut vividly recalls the shock, bewilderment and confusion they felt in the moments after the blast.
Since then, those emotions have been replaced by others — anger, rage and resentment — that the dangerous ingredients that caused it had lain so close to the heart of this bustling city for more than six years.
One year ago, at 6.08 p.m. on an otherwise unremarkable Tuesday, they detonated in a mushroom cloud of death and destruction — one of the largest non-nuclear blasts in history.
Since then, Lebanon has plummeted even deeper into an abyss of economic and financial oblivion, political paralysis, and despair which it had begun sinking into long before the explosion.
For those who lost loved ones, the blast, and their demands for justice and accountability, remain a constant.
On a hot, humid afternoon in late July, Elias Maalouf stands outside the Justice Ministry in Beirut holding up a photograph of his son, George, in military uniform.
George was killed when hundreds of tonnes of ammonium nitrate, stored in the port since it was confiscated in 2013, exploded leaving a 400-foot wide crater and a trail of destruction spreading more than 10 kilometers (6 miles) from the epicenter of the blast.
«Every day his mother cries and cries,» said Maalouf. «She asks, ‘Why doesn’t George come over for coffee? Why doesn’t he come over for the weekend?'»
…MORE
Related
Un año después de la explosión (The Economist)