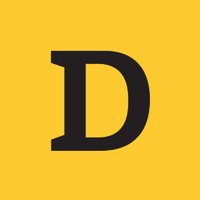 BY JON B. ALTERMAN (READ BIO)

The Trump administration called for help, but Washington’s friends have shrugged and calculated it is safer to stay away from «maximum pressure.» There is a better way.

What if the United States threw a party and no one came? It is finding out in the Persian Gulf, where Trump administration’s calls to unite to counter Iranian aggression are being met with caution, circumspection and shrugs.

The reason is not fear of the Iranians. Instead, it is a calculus by Washington’s allies and partners that they may be safer staying far away from whatever the United States really intends and what they might be drawn into.

The Iranian government seems to be pursuing a policy that keeps tensions in the Gulf simmering but not boiling. The goal is to create a crisis but not a war. Iran is trying to force the world to engage with it and seeking to thumb its nose at the U.S.“maximum pressure” campaign that threatens any multinational that does business with the Islamic Republic.

That Iran has any hope of success is a historic change. In years past, the United States would be expected to use its dominant position in the Gulf — built upon its naval base in Bahrain and the Fifth Fleet — to rustle up an alliance. With tens of thousands of sailors, more than one dozen ships, and pervasive intelligence capabilities, the United States would bear the heaviest burden but allies also would contribute ships, aircraft, and personnel. The show of force would matter, but even more important would be the show of unity and resolve.

But this is not years past. Tweeting on June 24, President Trump argued that each country should look after its own ships in the Gulf, arguing “We don’t even need to be there in that the U.S. has just become (by far) the largest producer of Energy anywhere in the world!” The next day, he tweeted a warning to Iran that “Any attack by Iran on anything American will be met with great and overwhelming force,” implicitly shoving allies out from under a U.S. security umbrella.

The president’s approach was soon reflected in policy. After Iran seized a British oil tanker on July 19, Secretary of State Pompeo shrugged off a U.S.obligation to respond, saying, “The responsibility in the first instance falls to the United Kingdom to take care of their ships.” That same day, U.S. Central Command announced it was forming a multinational maritime coalition called Operation Sentinel. But nobody is coming to the Operation Sentinel party. The UK, reportedly already stung from being kept in the dark about abortive U.S. plans to strike Iran earlier in the month, set out to create its own Gulf coalition. The UK had had more luck than the United States is at this point, eliciting clear interest from France, Italy, and Denmark(although newly installed British Prime Minister Boris Johnson may have a very different concept in mind). The country most clearly in the U.S. camp is South Korea, which has limited ability to project naval forces into the Gulf but is deeply beholden to the Trump administration as the United States pursues negotiations with North Korea.