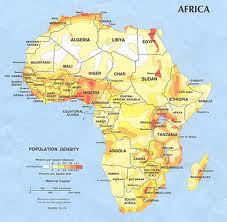 A few years into sub-Saharan Africa’s renaissance, there were the natural doubts. Economists had competed for so long to explain the region’s growth tragedy that good news was a shock. But now, more than a decade into the revival, the good news has grown better. The lesson is that sound policies can make a difference even in the least promising of settings. Defeatists everywhere, cheer up.

Even before the recent flurry of encouragement, Africa’s turnround was breathtaking. Between 1980 and 2000, the continent had experienced negative economic development: output per person had fallen by a 10th in purchasing power terms. Then, just as the Aids pandemic was thought to represent the final straw for Africa, its fortunes changed dramatically. According to the World Bank’s development indicators, gross domestic product per person has risen every year since 2000, delivering a cumulative gain of more than a third.

Recent high growth rates and increased foreign investment in Africa have given rise to the popular idea that the continent may well be on track to become the next global economic powerhouse. This «Africa Rising» narrative has been most prominently presented in recent cover stories by Time Magazine and The Economist. Yet both publications are wrong in their analysis of Africa’s developmental prospects — and the reasons they’re wrong speak volumes about the problematic way national economic development has come to be understood in the age of globalization.

Both articles use unhelpful indicators to gauge Africa’s development. They looked to Africa’s recent high GDP growth rates, rising per capita incomes, and the explosive growth of mobile phones and mobile phone banking as evidence that Africa is «developing.» Time referred to the growth in sectors such as tourism, retail, and banking, and also cited countries with new discoveries of oil and gas reserves. The Economist pointed to the growth in the number of African billionaires and the increase in Africa’s trade with the rest of the world.

Africa starts 2013 with hope and optimism. Africa has dropped its mantle as a “doomed continent” and has weathered several global economic crises fairly well. Today, the continent is a land of opportunity both for Africans and international investors. Many now see the region as “emerging Africa” because of the positive changes that have taken place and continue to take place across the continent.

Sometimes a politician’s accidental phrase can reveal a world view. The other night in Johannesburg, South Africa’s president Jacob Zuma was arguing for toll roads. They were a global standard, he said, and then added: “We can’t think like Africans in Africa generally. [Laughter from the audience.] We are in Johannesburg. This is Johannesburg. It is not some national road in Malawi. [Laughter.]” Zuma’s party calls itself the African National Congress but his implicit contempt for the rest of the continent signalled a truth: the word “Africa” has lost what meaning it ever had and should be binned.
When I was born in Uganda in 1969, it still just about made sense to talk of “Africa”. True, the continent was impossibly diverse, but most African countries above the white-run southern tip shared some basic experiences: recently decolonised, largely agrarian, poor and heading for dictatorship. For that generation, the fall of colonialism provided a real continent-wide bond. However, since about 2000 the experiences of African countries have diverged so starkly that it makes almost no sense to speak of “Africa” any more.
The very idea of “Africa” came from outside Africa, starting with Herodotus. The most influential African pan-Africanist, Kwame Nkrumah, was inspired by black American and Caribbean thinkers such as W E B Du Bois and Marcus Garvey… MORE

On this topic (F Times)