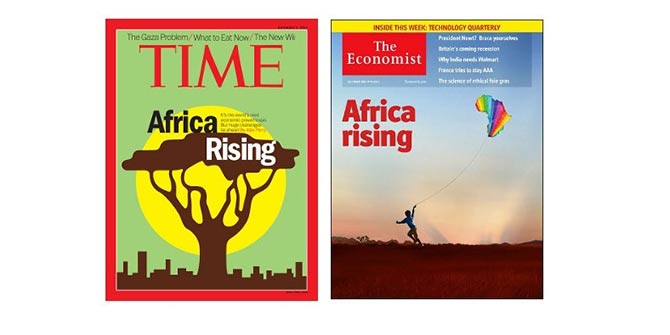 LSE’s Atta Addo discusses the impact of Ebola on the grand narrative on Africa.

Recent events of the sudden catastrophic spread, and several botched efforts to contain Ebola in affected African countries, have ripped the delicate garment off the “Africa Rising” narrative with which many had begun to fall in love. For a while, certain champions of Africa insisted that pessimism about Africa is based on stereotype, and that broadly speaking, African countries, and Africa as a continent are on a novel development trajectory. What Ebola exposed were some fundamentally weak African institutions, lacking strong leadership, and bereft of self-efficacy—a far cry from the splendour, hastily adorned through borrowed robes of the generalising “Africa Rising” narrative.

While true that Ebola has been restricted to a handful of Africa’s fifty-four countries, its symbolism, if not impact, has been sufficient to mire narratives like Africa Rising that assume a common African polity, real or imagined, that is in control of its fortunes. Even with variation across countries—from Liberia, Sierra Leone and Guinea that fared worst, to Nigeria and Senegal, that managed to contain the disease’s spread despite the odds—the heart-wrenching stories and knee-jerk dependence on foreign powers, uncovered finger-pointing leadership, weak governments and unresponsive institutional structures that make it possible for foreigners to feel a need to “save Africa.”

Ebola’s impact is a reminder that optimistic Africa narratives are prematurely celebratory. The epidemiologic and economic devastation of Ebola’s blow in Africa is more than a case of bad luck. Inasmuch as we like to believe Ebola is a global problem—partly for political correctness, and partly for international camaraderie and fellow feeling toward its unfortunate victims— the African context contributed aggravating factors that are hard to ignore. For while the lethality of the virus is to be reckoned with, the systemic and institutional decay, ignorance, superstition, shocking mistrust and fear that facilitated its apocalyptic explosion in a few weaker African countries cannot be overlooked or written off as general developing country problems. Neither can one fail to notice the sub-par collective response from unaffected and supposedly better-off African states.

It is disheartening, such social, political and institutional challenges in African countries, and tempting to believe change is impossible. It is similarly tempting to clutch onto any sign of positive change, no matter how flaky—spurious economic gains or fleeting booms in infrastructure for example—and proclaim it harbinger of a soon-coming African utopia. Thus, being seemingly apologetic for calling Africa “Hopeless” in 2000, and the “Dark continent” in 2007 among other doomsayings, The Economist in 2011 made a u-turn and joined the praise singing, with a cover that claimed an “Africa Rising”, and another in 2013 that extolled Africa as “A Hopeful Continent”. Time Magazine similarly joined in the euphoria in 2012, touting the rise of Africa.

As if peace, prosperity, and progress can be wished into being with scented narratives, Afro-optimist narratives such as the “Africa Rising” stories have been zeitgeist in the last few years. A simple Google search of the phrase “Africa Rising”, at the time of writing this article in November 2014, turns up over 21 million references. But irrespective of la chanson du jour, Africa is neither hopeless nor hopeful. It simultaneously carries potential for hopelessness and hopefulness. When it comes to the task of building strong states, citizens and leaders of African countries have a choice to make, of what to carry into the future and what to leave in the dump of history.

Understanding Violence by African Government Forces: The Need for a Micro-Dynamics Approach