Responding to terror in the aftermath of the Manchester attack

Shaky cell-phone videos of the aftermath of the attack. Wrenching images of innocent victims. Condemnation from world leaders. The pattern is grimly familiar. In the days ahead, the background of the Manchester bomber will be probed. Investigators will study how he was trained and financed. Questions will be raised about missed warning signs. The search for co-conspirators will span cities, countries, and perhaps even continents.

The bombing that killed twenty-two people and injured fifty-nine others outside an Ariana Grande concert, in Manchester, England, on Monday night, travelled the same rutted path as others before it. The Islamic State claimed responsibility. News organizations identified the bomber as a twenty-two-year-old British passport holder named Salman Abedi*. Police said that they had identified the bomber but declined to name him. But this time the targets were young, many of them teen-age girls.

The Economist✔@TheEconomistThe fact the Manchester attack was a bombing makes it a good deal more likely that the perpetrator had help http://econ.st/2rOMcuH 20:53 – 23 May 2017

Want a new counterterrorism strategy? Be careful what you wish for

In his first speech abroad as president, Donald Trump told his audience of Muslim leaders in Saudi Arabia on Sunday that “[f]or our part, America is committed to adjusting our strategies to meet evolving threats and new facts. We will discard those strategies that have not worked—and will apply new approaches informed by experience and judgment.” If a recent draft of the White House’s much anticipated new counterterrorism strategy is any indication of an example of such an “adjustment,” the plan doesn’t comport with the president’s rhetoric.

While steering clear of the toxic term “radical Islamic terrorism,” the draft apparently highlights the “need to intensify operations against global jihadist groups” and place more burden for countering terrorist groups head-on with partner governments. However, contrary to the president’s promise in Riyadh, it fails to grasp the practical lessons that have emerged in the field of countering terrorism since the 9/11 attacks over 15 years ago.

There is a growing body of research on what drives support for terrorism and, counter to earlier conventional wisdom, it is generally not religion, ideology, or the internet that attract would-be violent extremists. Rather, military or police abuses of one’s own population are among the single largest drivers of terrorist recruitment. Corruption and the biased delivery of public services that erodes the trust between the government and its citizens are also among the key sources of grievance within communities that terrorist propaganda exploits. State Department research from 2016 confirms this. In study and after study, youth alienation, marginalization, and lack of trust between local authorities and communities have been found to fuel terrorist violence in places as diverse as France, Belgium, Iraq, Mali, Nigeria, and Tunisia.

It shouldn’t be a surprise that Islamic State was quick to claim responsibility for Monday’s suicide attack in Manchester that killed 22 people. As its last territory in Iraq’s second city of Mosul falls to U.S.-backed Iraqi forces and its Syrian capital Raqqa is encircled, the group is increasingly desperate for legitimacy. Attacks on the West are one of its few remaining options.

Although IS claimed the attack as revenge against «Crusaders», neither U.S. nor U.K. authorities have attributed blame to the group.

Whatever the truth, Islamic State faces another, perhaps more serious problem. Its attacks on Europe may be monstrous, but they yield a declining political return.

Islamic State wants its atrocities to foster divisions, driving a wedge between native populations and more recent Muslim migrants. That would bolster the group’s argument that only a radical Middle Eastern caliphate is capable of protecting Muslims, and potentially drive new recruits both to fight its regional wars and conduct attacks farther afield. But that doesn’t seem to be happening.

There is no correct reaction to terrorism. The cruelty, fanaticism and madness of a man who explodes a powerful bomb in a crowd of young girls inspires all kinds of feelings: horror, anger, sadness, fear, revulsion. None of those emotions is more “right” than any of the others. None of the language that people use to express them can usefully be judged. Some people cried after news of the attack in Manchester, England. Others swore and cursed. Both responses are understandable.

The path from Middle East sectarianism to European terror

There was no linear connection between the events in Riyadh and Manchester — no obvious pathway between US president Donald Trump’s speech to Arab leaders in the Saudi Arabian capital and the wicked act of terrorism at a pop concert in the north of England. For all that, we should feel uncomfortable with the coincidence.

The perpetrators alone bear responsibility for murderous bombings such as that in Manchester. There is no room for “ifs” or “buts” or for spurious moral equivalence in such matters. It would also be a mistake to pretend that Islamist extremism is indifferent to the policies of western governments.

At its most basic, the latest in the long line of indiscriminate attacks in European cities was a reminder that we cannot build walls against the world beyond. The murderer in this instance carried a British passport, but the inspiration for such acts is found in the raging fires of sectarian conflict in the Middle East.

What we know so far about the bomber and the bomb 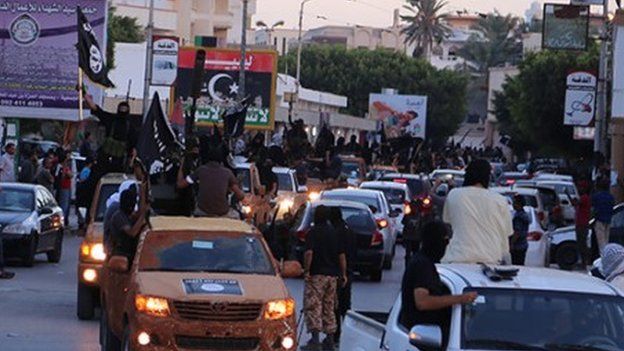 Great context piece by @azelin on #Manchester, covering #IS in #Libya and its extension into Europe http://www.washingtoninstitute.org/policy-analysis/view/manchester-attack-highlights-foreign-fighters-in-libya …