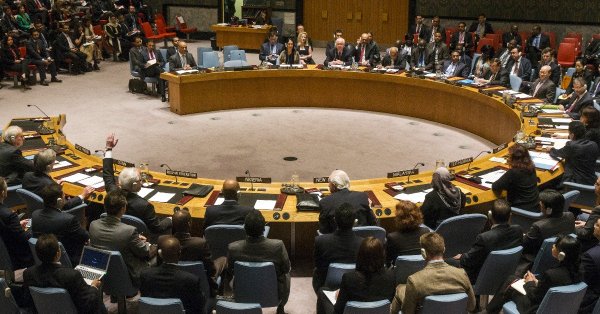 NEW YORK, July 6 (Thomson Reuters Foundation) – Nationalism, protectionism and attitudes of «my country first» pose threats to the United Nation’s global goals, said a report on Thursday that showed the United States, Russia and China lagging in efforts to meet the ambitious agenda for 2030.

But income inequality, high consumption levels and carbon emissions put the United States at No. 42 in the list while Russia was ranked 62nd and China 71st.

The Sustainable Development Goals, or SDGs, were approved in September 2015 by the 193 U.N. members as a roadmap to tackle the world’s most troubling problems by 2030.

The 17 goals, and their accompanying 169 targets, range from halting deforestation to raising living standards, reducing child mortality and promoting global peace. The cost of their enactment has been estimated at $3 trillion a year.

The SDSN, a U.N.-connected group that promotes the SDGs, said the world’s most powerful nations are failing to lead the way.

«A rising ‘my country first’ approach by many heads of government threatens the realization of the SDGs,» it said in a statement released with the report.

«Not only does a rising trend of nationalism and protectionism impede the implementation of the goals, but as the report shows, industrialized countries are not serving as role models,» it said. «Many of the richest countries in the world are nowhere near achieving the global policy objectives.»

Using extensive data and information submitted by nations, the report noted so-called spillovers have a major impact on measuring progress among nations.

For example pollution caused in one nation can harm water quality in another or weapons production in one nation affects peace and security elsewhere.

At the top of the list were Sweden, Denmark, Finland and Norway, with Germany and France also in the top ten. Britain was 16th and Canada 17th.

At the bottom were Central African Republic, Chad and the Democratic Republic of the Congo, along with a cluster of developing nations plagued by food insecurity, extreme poverty, lack of education and violent conflict.

Release of the report comes ahead of the G20 summit on Friday in Hamburg, a global forum where German Chancellor Angela Merkel will host world leaders including U.S. President Donald Trump and Russian President Vladimir Putin.

The progress report’s results «highlight the need for urgent action on the part of G20 countries in making sustainable development a reality both within and beyond their borders,» said Jeffrey Sachs, SDSN director, in a statement.

«If the world is to achieve the SDGs, all countries must take up the goals as part of their national development strategies and ensure that they take responsibility for their impact on the rest of the world.» (Reporting by Ellen Wulfhorst, editing by Belinda Goldsmith; Please credit the Thomson Reuters Foundation, the charitable arm of Thomson Reuters, that covers humanitarian news, women’s rights, trafficking, property rights, climate change and resilience. Visit http://news.trust.org)