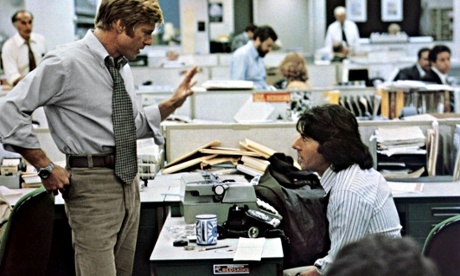 Hoffman and Redford fight the powers that be

The twists of Bob Woodward and Carl Bernstein’s investigative coup that toppled President Nixon are cleverly portrayed by Robert Redford and Dustin Hoffman.

In the early 1970s, the Watergate scandal rocked the American administration to its foundations. Two investigative journalists, Carl Bernstein and Bob Woodward of the Washington Post, uncovered a conspiracy to cover up abuses of power leading all the way to the Oval Office.

— From the Reel History archive