John Quincy Adams said of America that “she goes not abroad in search of monsters to destroy. She is the well-wisher to the freedom and independence of all. She is the champion and vindicator only of her own.” Contrast that statement with the words of John F. Kennedy, speaking 140 years later: “Let every nation know…that we shall pay any price, bear any burden, meet any hardship, support any friend, oppose any foe, in order to assure the survival and the success of liberty.” These are very different visions of America. Which America are we to be? Isolationist or interventionist? Somewhere in between?

We’re bringing together a diverse panel of foreign policy experts to discuss America’s role in the world because we believe in the power of the free exchange of ideas to generate fresh approaches and solutions to our nation’s most serious challenges.

Hosting this discussion is a natural extension of our commitment to advancing a free and prosperous society and human well-being. Foreign policy is one of many issues that impacts economic freedom— an integral component of that goal. Want to learn more about what economic freedom is, how it works, and what it means for you? Check out EconomicFreedom.org. 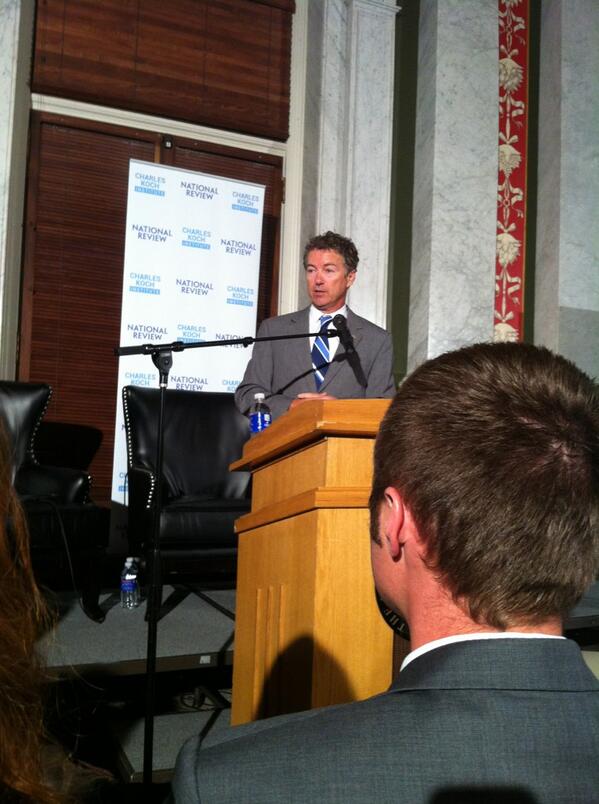 “Most discussions of U.S. foreign intervention begin with the premise that the U.S. government must be an active participant in shaping world affairs. Less popular is the consideration of what the U.S. government is actually able to accomplish through these interventions. This is unfortunate since once we consider the relevant constraints and incentives at work it often turns out that governments lack the ability to actually accomplish the ends stated by proponents of intervention. I look forward to the opportunity to focus on the limits of U.S. foreign interventions.”
— Chris Coyne, F.A. Harper Professor of Economics, George Mason University
“While for much of our history America did well by not going out in search of monsters, our turn away from that policy has produced very poor results for the United States. As part of the final act of the Iraq War, assigned to the last of the reconstruction teams, I saw first-hand how unneeded, unfocused foreign intervention took lives, wasted our economy and created the perception of America the bully boy, not America the necessary policeman. The results in Afghanistan 12 years on, chaotic Libya and across the Middle East cry out for more thought and caution, even as the U.S. deliberates on whether to intervene in Syria, once again lacking unambiguous strategic goals, meaningful multi-lateral support and a clear nexus between our actions and our nation’s true needs.”
— Peter Van Buren, Former State Department Official and Author
“Adams famous dictum was no more true in 1821, when he spoke it, than it is today. Foreign intervention, humanitarian and otherwise, is a tradition as old as the Republic, and you’d be hard pressed to find a single US president who didn’t dispatch his gunboats abroad at some point. As we continue to contemplate intervention in Syria today, it’s worth remembering this history lest we feel tempted to return to an isolationist Golden Age that never in fact existed.”
— Jonathan Tepperman, Managing Editor, Foreign Affairs
«It turns out that «Leading From Behind» has left a major opening in the front, which Russia has moved to fill in the Middle East, and China to fill in the world economy. The impression of America today is of great nation on the wane: economically stagnant, militarily spent, and morally adrift. But that impression is wrong. It may take a few years, but America is on the verge of a great renaissance, and a new golden age.»
— KT McFarland, Fox News National Security Analyst

Thank you for watching

An on-demand version will be available here:  http://www.charleskochinstitute.org/ideas/foreignpolicy/