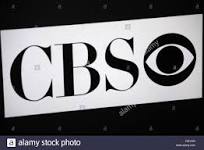 China has in recent months significantly expanded its official presence on Western social media platforms and, in an apparent effort to influence public opinion about the spread of COVID-19, moved toward a «Russian style» of spreading disinformation, an independent assessment has found.

Official Chinese accounts adopted a «more confrontational posture» in their messaging on the virus beginning in late February and throughout March, as COVID-19 cases were confirmed across Europe and within the U.S., according to preliminary findings from a disinformation-tracking tool. Some of the most engaged content included criticism of the Trump administration’s handling of the outbreak.

The newly expanded tool, called Hamilton 2.0, was unveiled Monday by the Alliance for Securing Democracy (ASD), which is part of the nonpartisan, U.S.-based German Marshall Fund. Though it previously was dedicated to tracking official accounts and media outlets linked to or funded by the Russian government, it will now also examine account behaviors and trends among Chinese state-backed media, tracking content that Chinese government officials share on Twitter, Facebook, YouTube, and on state news websites.