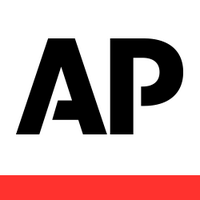 WITH AMERICAN FORCES IN FRANCE (AP) — This story was first published on June 8, 1944, after AP journalist Don Whitehead, who became known by his colleagues as “Beachhead Don,” landed on Omaha Beach in Normandy on D-Day with the 1st Infantry Division. His story was delayed by more than a day as the Army’s communication system for the war correspondents broke down, and journalists weren’t able to get the news out for more than 28 hours. The AP is republishing Whitehead’s original report to mark the 75th anniversary of the assault that began the liberation of France and Europe from German occupation, leading to the end World War II.

Fighting as American troops did in Tunisia, Sicily and Italy, doughboys have smashed through the outer crust of Hitler’s fortress in a gallant display of courage and skill.

Never before has an army attempted to land such vast numbers of men and materials in such a short time, but the job is being done after a shaky start.

When we landed behind the assault troops the enemy still was pouring a heavy machine-gun mortar and artillery fire into the boats as they drove ashore and had our troops pinned behind a gravel bank just above the water’s edge.

Troops, supplies and vehicles began to pile up on the beach at an alarming rate. The enemy controlled the exits with accurate fire and the time schedule was being disrupted.

One unforeseen difficulty here was that three fresh regiments of German infantry moved onto the beach area just before the landing for anti-invasion maneuvers. They were sitting in their positions when the armada arrived offshore.

But under the urging of a soft-spoken brigadier general the organized enemy positions were silenced and the great surge inland began.

In the matter of a few hours the engineers had roads built from the beach and heavy equipment was pouring across.