When Barack Obama was elected in 2008, his foreign policy was at first seen to be the antithesis of that of his predecessor, George W. Bush. Eid Mohamed highlights how in the wake of this change of US administration, Arab media, literature and cinema began to assert the value of America as a potential source of ‘change’ while attempting to renegotiate the Arab world’s position in the international system. Arab cultural representation of the United States has variously changed and developed since 9/11, and again in the wake of the protests in 2011 and the ensuing political turmoil in Egypt, Libya, Yemen, and of course, Syria. Taking this into account, Mohamed offers an examination of the ways in which stereotypes of America are both presented and challenged through cinema, fiction and the wider media and intellectual production. Rather than seeing this process as one where the Middle East reacts to and attempts to negotiate with western modernity, Mohamed instead highlights the significant interplay of religion, pop culture and politics and the role they play in shaping the complex relation between America and the nations of the Middle East.

Eid Mohammed’s study of Arab representations of the United States identifies and explores a counter-discourse to American Orientalism that he calls Arab Occidentalism. Eager to deconstruct the delimiting binaries of the clash of civilisations thesis. Mohamed makes audible a diversity of Arab voices whose resistance to prevailing Orientalist narratives is varied, complex and crucial.’
Brian T. Edwards, Northwestern University, author of After the American Century : The Ends of U.S. Culture in the Middle East

‘This well-researched, innovative and relevant book offers needed perspectives that will be of value to scholars and students of stereotypical images and cultural studies. This work is a much-needed contribution to Middle East literature.’
Jack G. Shaheen, PhD, author of Reel Bad Arabs : How Hollywood Villifies a People

‘In an increasingly polarised world, where Muslims, and particularly Arab Muslims, and often the very concept of Islam itself, are seen by the West as the ‘other’ that threatens the very foundations of Western civilisation, this is a timely study that attempts to examine the situation from the other end of the perspective.’
Professor Rasheed El-Enany, author of Arab Representations of the Occident: East-West Encounters in Arabic Fiction

‘Especially since 9/11, much has been written about the West’s – particularly America’s- skewed perceptions of Arabs and Muslims. But perceptions are a two way street and there has been relatively little scholarship exploring how ‘they’ see ‘us’. Arab Occidentalism fills an important gap.’
Lawrence Pintak, author of The New Arab Journalist and America, Islam and the War of Ideas

Eid Mohamed’s book studies the representations of the United States of America in Arab cultural productions, especially Egyptian ones, since 2001. It focuses on the cinematic, fictional, poetic, and journalistic Arab responses to 9/11 and the war on terrorism. Eid Mohamed makes sure he integrates the works of Arab immigrants in the USA, to complement those of Arabs in the Middle East.

The fraught relationships between the USA and the Middle East have been the object of several studies, but this work succeeds at presenting a new argument thanks to its nuanced approach of the topic, its focus on culture, and its restricted timeframe (the 2000s–2010s).In the first chapter, Mohamed discusses the texts of Alaa al-Aswany and Amani Abul Fadl as examples of moderate voices that do not give fixed definitions of self and other.

In the second chapter he studies the media representations of two incidents engaging the USA and the Arab world: the shoe-throwing incident at Bush in Iraq and the election of President Obama. He analyses texts and cartoons from Al-Masry Al-Youm and Al-Ahram as well as Al Jazeera. In the third chapter, he analyses Arab and especially Egyptian films, some being occidentalist in the sense of stereotyping the West and scripting America as essentiality colonialist, and some contesting the idea of a clash of civilizations and providing a fluid discourse on the Arab-American encounter. Mohamed focuses on films dealing with 9/11, the Arab-Israeli conflict, and the American involvement in the Middle East.

In Chapter 4, he analyses two novels by post-9/11 Arab-American women writers: Mohja Kahf’s Emails from Scheherazad and its discourse on the independent Arab-American woman, as well as Laila Halaby’s Once in a Promised Land which interrogates the ability of tradition to protect Arab-American subjects. These writers try to reconcile hybrid identities, although the constraints of time and space [End Page 516] are eventually too strong for their characters.

Mohamed’s argument throughout the book is that despite attempts at counter-narratives, there is still a monolithic representation of the USA in Arab and especially Egyptian cultural productions post-9/11. One could criticize the author for not engaging enough in theoretical terms with Occidentalism, a term which he uses without sufficiently tracing its history and its variants. The same goes for Orientalism, which he uses mainly in the Saidian sense. Because he focuses on the Arab uses of the terms, he does not trace their larger histories.

This points to both the strength and the weakness of this book, which is convincing thanks to its narrow focus and nuanced readings, but which lacks the ambition to speak in theoretical terms.Overall, Mohamed’s book is a valuable read for a large audience interested in the relations between the USA and the Middle East as well as for specialists in cultural studies and Middle Eastern studies. It is particularly welcome to read a scholarly text that engages with a sensitive issue in such careful and unbiased ways. [End Page 517] Laetitia NanquetteSchool of Arts and Media, University of New South Wales, Sydney, Australia 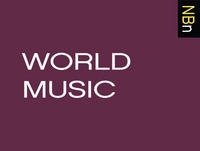