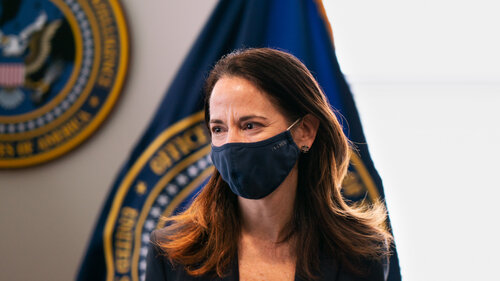 As the top U.S. intelligence official for just over a month, Avril Haines has an overflowing inbox.

A massive computer hack blamed on Russia is still under investigation. President Biden has raised the possibility of rejoining a nuclear agreement with Iran. And right before Haines sat down Friday with a team from NPR, for her first interview in office, aides handed out a report she’d just declassified: it said Saudi Arabia’s crown prince was responsible for the brutal 2018 killing of journalist Jamal Khashoggi.

Haines has taken over after a turbulent time. Former President Donald Trump was frequently at odds with his handpicked national security team when its assessments did not fit his preferred narrative. During his one-term presidency, he had five directors of national intelligence.

«I think it has been a challenging time, particularly for the office of the director of national intelligence,» Haines told NPR’s Mary Louise Kelly, co-host of All Things Considered. «There was a lot of turnover during the last administration and I think, more generally, that intelligence analysis wasn’t necessarily being appreciated in the same way that it normally had been in the past.»

«It looked to me from the outside as if there were political pressures being put on the intelligence community,» she added.

Asked if that was something that could be easily fixed, she said, «Clearly not. I think this is one of those things where it’s so much about the culture of the institution that gets damaged in those moments. And it’s one of the hardest things to course correct.»

Haines did not criticize members of the Trump administration by name, and described her immediate predecessor, John Ratcliffe, as «very good to me, very civil» during the transition in January.

Haines wore a navy blue mask throughout the interview at the Office for the Director of National Intelligence, part of a compound that’s hidden away ever-so-slightly from the highways and shopping malls of suburban Washington.