Battle for Iraq –On-the-ground reporting goes to the front lines of the battle for Mosul, Iraq. pbs.org

Jan 31- Tonight, don’t miss Battle for Iraq — a one-hour, two-part report from inside the brutal fight to retake the Iraqi city of Mosul from ISIS:

Together, Battle for Iraq and Hunting ISIS continue FRONTLINE’s in-depth reporting on the fight against ISIS — and give a dramatic portrait of what’s happening on a key battleground where civilian casualties continue to mount. 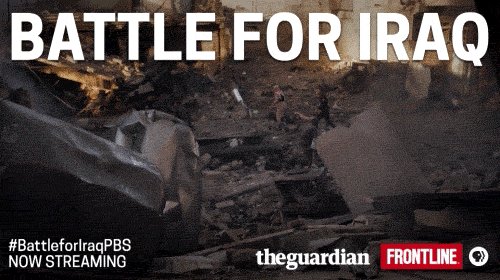 The FRONTLINE team goes right to the edge of ISIS-held Mosul — and survives a bombing.