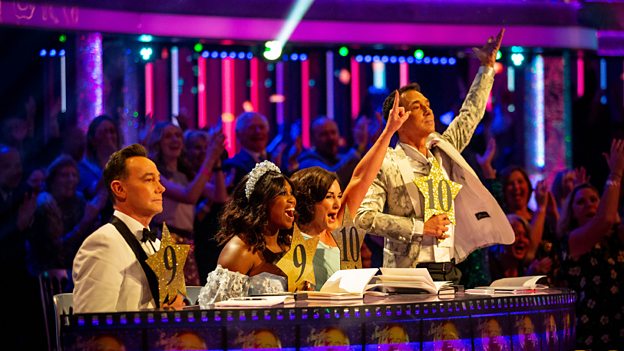 A strong year for BBC content – but we must keep reforming to be trusted, relevant and indispensable in the digital age.

This annual report covers April 2019- March 2020. During this period, over 90 percent of the UK population used the BBC each week. It was a strong year for programmes and services. The BBC also made significant efficiencies, boosted commercial profits to help fund quality programmes for the licence fee payer and made even more progress on gender pay. This is good progress, but the BBC can take nothing for granted and must keep reforming at an urgent pace.

The BBC remains the most used media organisation in the UK, with 41 million people per day on average using it last year. The 90 percent of the UK population using the BBC each week rose to 94 percent in March this year during the coronavirus outbreak. BBC iPlayer broke new ground, with a record 4.8 billion requests to stream programmes in 2019/20.

The BBC also remains number one for impartial news coverage, with 51 percent of news consumers naming the BBC as the source they are most likely to turn to. This is up from 44 percent in 2018/19 and far ahead of the next nearest provider.

The financial year came to an end just as the Covid-19 crisis hit. This ushered in a period of exceptional challenge for everyone – including the BBC. The crisis resulted in huge pressures on television production and BBC finances, coupled with a tougher than ever market environment.

At the same time, this was also a period in which the BBC refocused all its resources around the most pressing needs of our audiences, from trusted news and information to educational support to much-needed distraction and escapism. Audiences came to us in huge numbers in response – on screen, on air and online – and the importance of the BBC’s public service mission could hardly have been clearer.

It is also clear, however, that we need to do much more to modernise and reform further and faster. An independent report on BBC efficiency, published today, shows how far we have come and how well we are performing relatively, but we can never be satisfied.

Some measures are not going in the right direction. Headcount has increased from 19,231 to 19,572 and senior leader numbers have gone up from 250-253. As the new Director General has said, the BBC will keep a focus on cost reduction so that the public service headcount is smaller. The BBC also has to do more to better serve and reflect all licence fee payers. It is critical that the BBC gets this right.

BBC Chairman David Clementi says: “This Annual Report tells the story of a BBC that remains of huge value at home and abroad, but is not without considerable challenges. Going into the coronavirus crisis the BBC already had 31 percent less to spend on UK public services than if the licence fee had risen with inflation since 2010. Now the severe impact of Covid-19 means that we have to save an extra £125m – on top of additional significant savings – in a tougher than ever marketplace.

«In this context, the BBC must redouble its efforts to serve all audiences, while maximising commercial revenues and supporting the creative industries’ recovery across the UK.”

BBC Director General Tim Davie says: “This annual report is a good base from which to create a modern, highly efficient BBC that truly reflects Britain. There are challenges ahead. We need to keep reforming with urgency so that we are trusted, relevant and indispensable in the digital age.

“Our guiding principle is that we are a BBC for all – a universal public service to serve and represent everyone in every part of the UK. Our focus must be on making sure we deliver outstanding and unique value to all audiences – those who pay for us and are in effect our customers – in return for their licence fee.