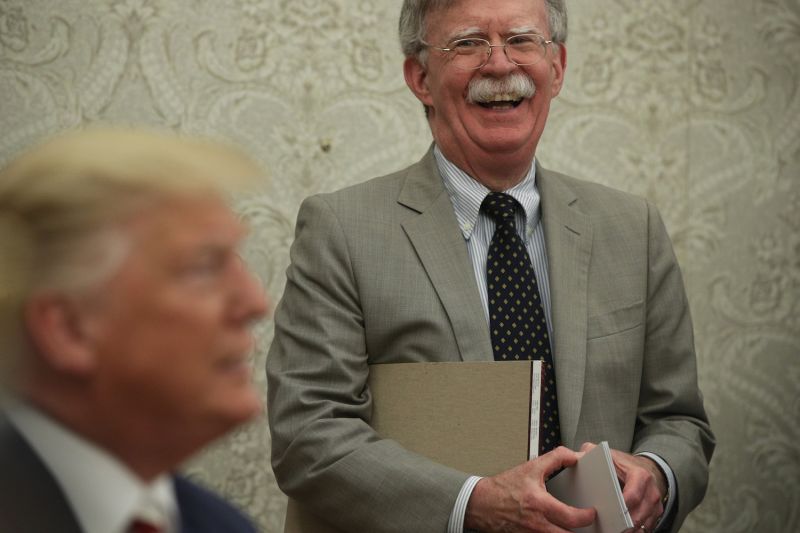 After his spectacular firing on Tuesday, former U.S. National Security Advisor John Bolton is getting credit—if that’s the word—for taking the entire decision-making structure of U.S. national security policy down with him. “The NSC [National Security Council] is no more, there is no process,” a former White House official told New Yorker reporter Susan Glasser.

Earlier this year, Glasser’s colleague Dexter Filkins documented the decline of the process, which his interlocutors also blamed on Bolton, talking of chaos, a completely broken down system, and a total lack of priorities.

Principals’ meetings—crucial gatherings involving the President, the Joint Chiefs of Staff, and the heads of intelligence agencies—have become rare. “I don’t remember the last time there was a fucking principals’ meeting,” the official said.

But if the U.S. national security process is the corpse in Agatha Christie’s Murder on the Orient Express, stabbed to death by (spoiler alert) multiple hands, Bolton is only the most recent member of this administration to stick a knife in it. In policy areas including Iraq, Afghanistan, atrocity prevention, and trade policy, Beltway dwellers have been hearing from friends and former colleagues inside government almost since President Donald Trump’s first weeks that structures and procedures were going by the wayside.

Roots of a Quagmire

We Lost the War in Afghanistan. Get Over It