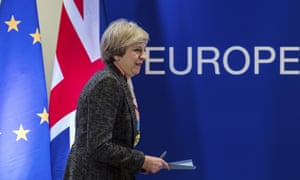 by Daniel Boffey in Brussels

As the sun goes down on the UK’s last day as a member state of the European Union, the familiar flag of gold stars on a blue background will be lowered outside the British permanent representation and embassy on Avenue d’Auderghem in Brussels.

A few hours later on Friday, at the stroke of midnight Central European time, Britain’s membership of the EU will come to an end. “If the last few years are anything to go by, I will be in my office,” predicted Sir Tim Barrow, the UK’s 12th and last permanent representative in Brussels.

During 47 years of membership, Britain’s “perm reps” have been at the coalface of British diplomacy and negotiation in Europe. First under Ted Heath, whose life’s work was securing the UK’s entry into the then European economic community, and finally Boris Johnson, whose ambitions have been realised by its exit.

Speaking exclusively to the Guardian, the surviving nine permanent representatives – past and present – reflect on Britain’s European story, bearing witness to Margaret Thatcher’s “tears of rage”, John Major’s desperate threats of resignation, the folding to an ever-present Eurosceptic strain in British politics and the stagger to the exit.