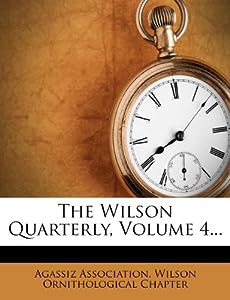 By Joseph O’Mahoney & Zheng Wang
In 1989, China’s government made a choice to combine political repression, a market economy, and globalization.

This June, as the world remembered the 25th anniversary of the Tiananmen Square movement and crackdown, much of the attention was focused on personal memories of the event. But at least as important, if not more so, is the fact that this was a turning point for China.

Though Chinese leader Deng Xiaoping started opening up China to the world and reforming the economy in the late 1970s and early 1980s, the Chinese Communist Party (CCP) was cautious about the types (and pace) of change in both the political and economic spheres. The Party made progress in both, and tried hard to maintain a balance between the two, meting out economic reform with political reform.

The CCP faced a major crisis in legitimacy. Protests in Tiananmen Square were seen as a challenge to the CCP’s continued rule, and Party leaders were forced to make a choice about how to deal with the situation. Drawing on historical experiences, they concluded that without a politically stable society, China would be unable to effectively pursue economic development. (To this day, the Chinese government believes so strongly in this theory of stability that it recommends it to leaders of other developing countries.)

In 1989, the Party’s leaders decided to use all possible resources to maintain a stable society while aggressively implementing economic reforms. Over the next several years, they quickly embraced market capitalism, free trade, and globalization; stock markets opened in Shanghai and Shenzhen, banking reforms took hold, and the Party endorsed a “socialist market economy.”

At the same time, the Party rejected the old model that balanced economic reform with political reform. Any hopes of democratization were effectively halted. Compared with 25 years ago, today’s China has less freedom of speech. The state has applied tight controls, and the government’s budget for maintaining social stability is higher than the defense budget.

This was the ‘1989 Choice’: the combination of political repression with a market economy and embrace of globalization.

For better and for worse, China’s dramatic transformation over the last quarter century is due, fundamentally, to the 1989 Choice and decisions and policies that stem from it.

And what of this transformation? Data can tell us interesting stories about individual facets of China’s path since the Party made the 1989 Choice, but what about the overall narrative?

Is China’s tale over the last 25 years a success story?