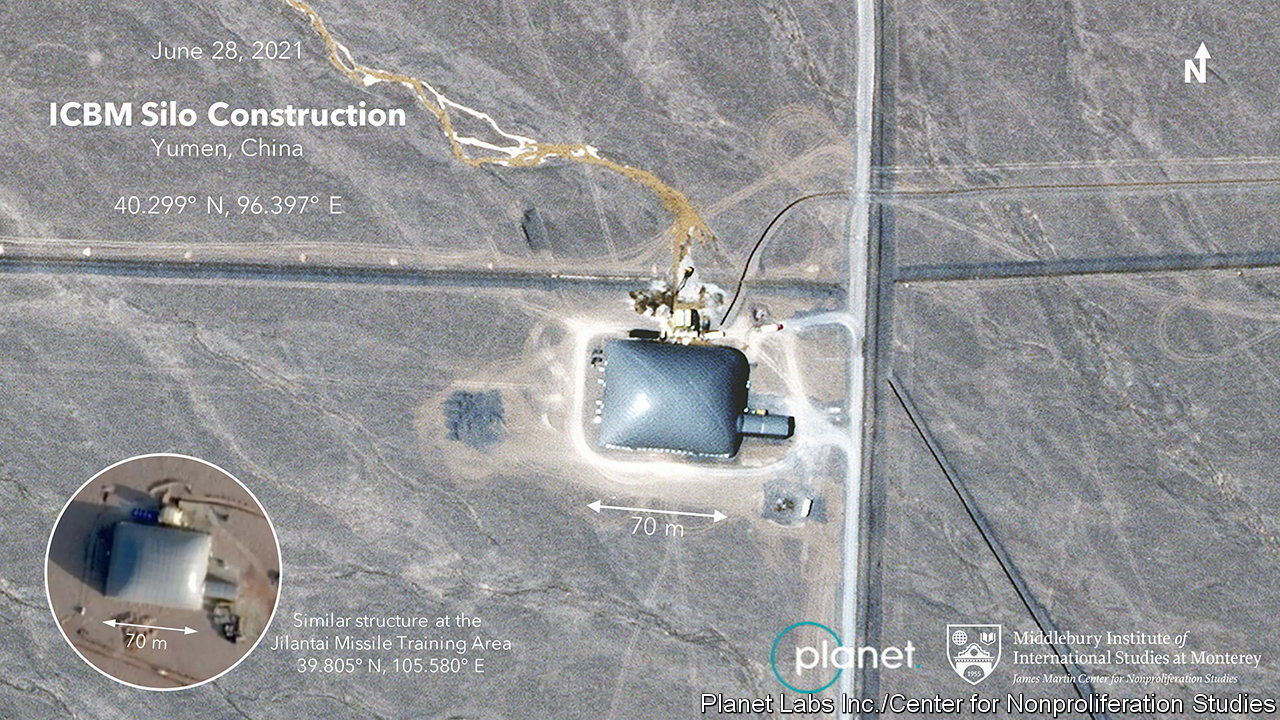 CHINA’S NUCLEAR arsenal is piddling by American or Russian standards. The country has scarcely 200 warheads, reckons America’s Department of Defence, and perhaps 100 or so inter-continental ballistic missiles (ICBMs). Until last week it had only 16 known missile silos. So eyebrows were raised when satellite imagery revealed 119 new ones being built in the desert of Gansu province, in western China.

The silos, near the city of Yumen, were identified by researchers from the James Martin Centre for Nonproliferation Studies, an American think-tank, whose findings were published on June 30th in the Washington Post. These and other experts reckon that the structures are designed to house China’s newest ICBM, the DF-41, which can reach almost all of America’s mainland. The question is why so many are needed.

One theory is that they could allow China to play a “shell game”—an old conjuring trick in which a ball is placed under one of three cups, which are then shuffled. China fears that, in a crisis, America’s large and precise arsenal could wipe out China’s meagre nuclear forces. Any Chinese missiles that are still able to be launched after such an onslaught could be destroyed by American missile defences. But if China’s missiles could be moved underground between silos, America may not know which ones to strike.

Xi warns against Western “bullies”, to argue for one-party rule

China’s next aircraft-carrier will be its biggest

China urges its people to struggle. Some say no

China is making long-term investments in weapons designed to jam or destroy satellites as the nation seeks to rapidly narrow the gap in space tech with the U.S. https://bloomberg.com/news/articles/2021-07-10/pentagon-sees-china-s-offensive-space-technology-on-the-march… v @bpolitics