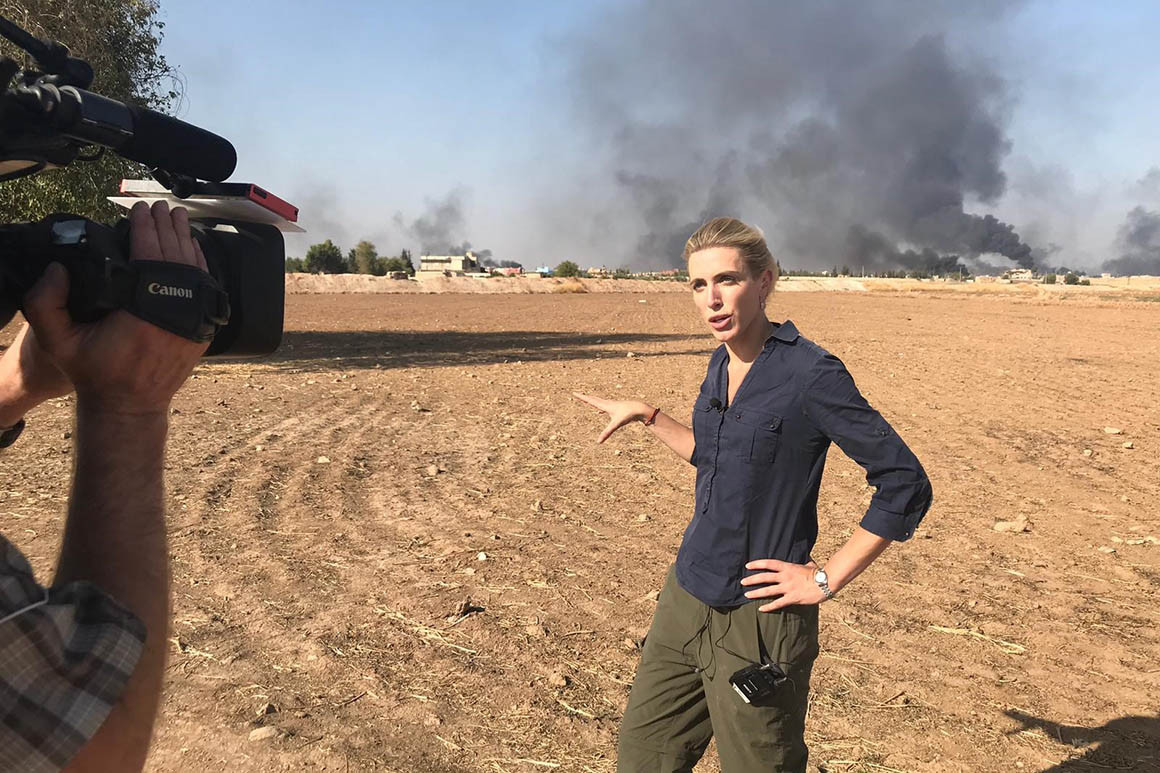 How/where are you celebrating your birthday and with whom? “I am going to dinner and the theater with a few friends and my husband. Very low key.”

How did you get your start in journalism? “I was an intern at CNN Moscow and then moved to New York to work as an overnight desk assistant at Fox News. From there I set myself up as a freelancer in Beirut and Baghdad. I definitely started at the very bottom of the totem pole.”

What’s an interesting book/article you’re reading now or you’ve recently finished? And why? “Funnily enough, I just finished writing my own book, which comes out in April (shameless plug). It’s called ‘On All Fronts: The Education of a Journalist,’ and it’s all about my time on front lines across the world, particularly in Syria. In this politically divisive culture where journalists are perpetually being undermined and vilified, I hope it reminds people of the value of the work that we do and the importance of being curious about the world. When you’re standing in the rubble of rebel-held Aleppo with bombs crashing around you or watching a malnourished baby struggle to breathe in Yemen or confronting a Taliban commander about civilian casualties, you just think, fake news my ass. These are stories that need to be told and need to be heard.”

What’s a trend going on in the U.S. or abroad that doesn’t get enough attention? “When I walk around London or New York, I am blown away by the staggering amount of people sleeping rough on the streets. The problem is getting worse and worse but it doesn’t feel like there’s any sense of urgency or outrage, or even a real conversation about it.”

How’s the Trump presidency going? “That depends on who you ask.”

What’s a fun fact that people in Washington might not know about you? “I spent a summer in China, after graduating from Yale, working as Uma Thurman’s stand-in on the set of ‘Kill Bill.’