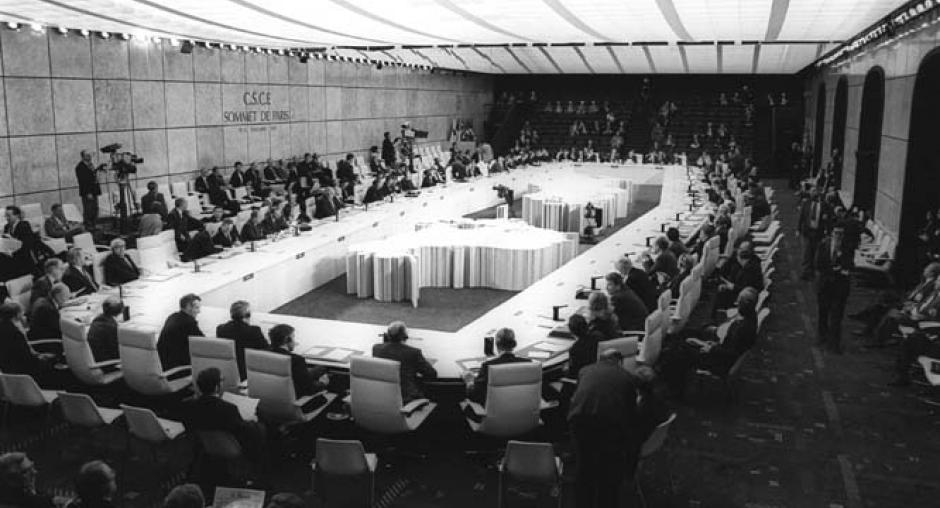 Since 1975, a number of key documents on Euro-Atlantic and Eurasian security have been adopted by the CSCE and the OSCE.

The Helsinki Final Act (1975) is considered the Organization’s founding document.

The Charter of Paris for a New Europe

The Paris Charter for a New Europe (1990) sets the basis for the institutionalization of the Conference in a new decade.

The Istanbul Charter for European Security

The Istanbul Charter for European Security (1999) strengthens the Organization’s ability to prevent conflicts, settle them peacefully, and rehabilitate societies ravaged by war and conflict.

The Astana Commemorative Declaration: Towards a Security Community

The Astana Commemorative Declaration: Towards a Security Community (2010) reaffirms the participating States’ commitments and adherence to OSCE principles.