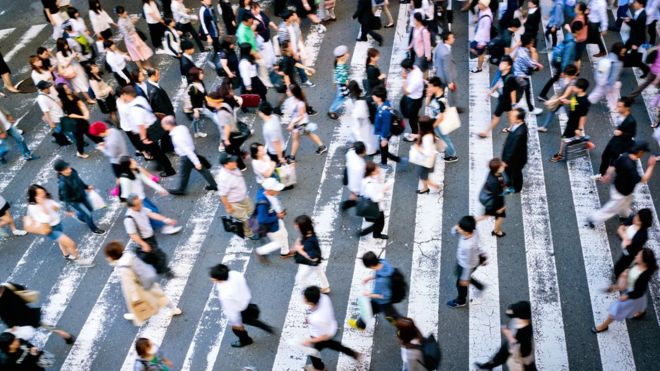 Around the world, people are living longer.

In some countries, progress has not always been smooth. Disease, epidemics and unexpected events are a reminder that ever-longer lives are not a given.

Meanwhile, the deaths that may preoccupy us – from terrorism, war and natural disasters – make up less than 0.5% of all deaths combined.

But across the world, many are still dying too young and from preventable causes.

The story of when people die is really a story of how they die, and how this has changed over time. 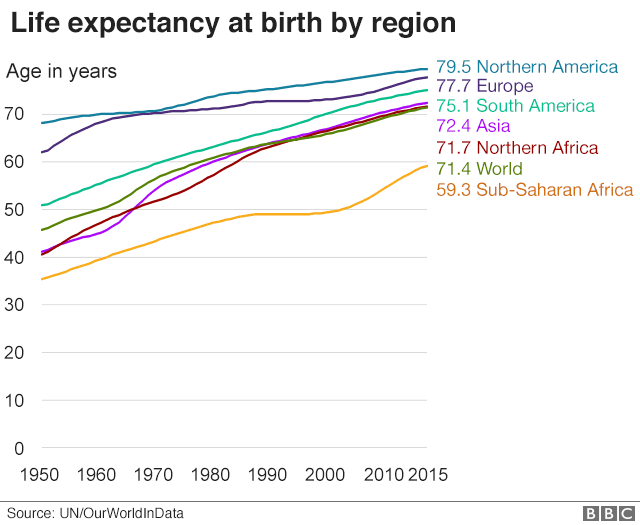 Causes of death around the world

This is 10 million more than in 1990, as the global population has increased and people live longer on average.

More than 70% die from non-communicable, chronic diseases. These are not passed from person to person and typically progress slowly.

The biggest single killer is cardiovascular disease, which affects the heart and arteries and is responsible for every third death.

This is twice the rate of cancers – the second leading cause – which account for about one in six of all deaths.

Other non-contagious diseases such as diabetes, certain respiratory diseases and dementia are also near the top of the list. 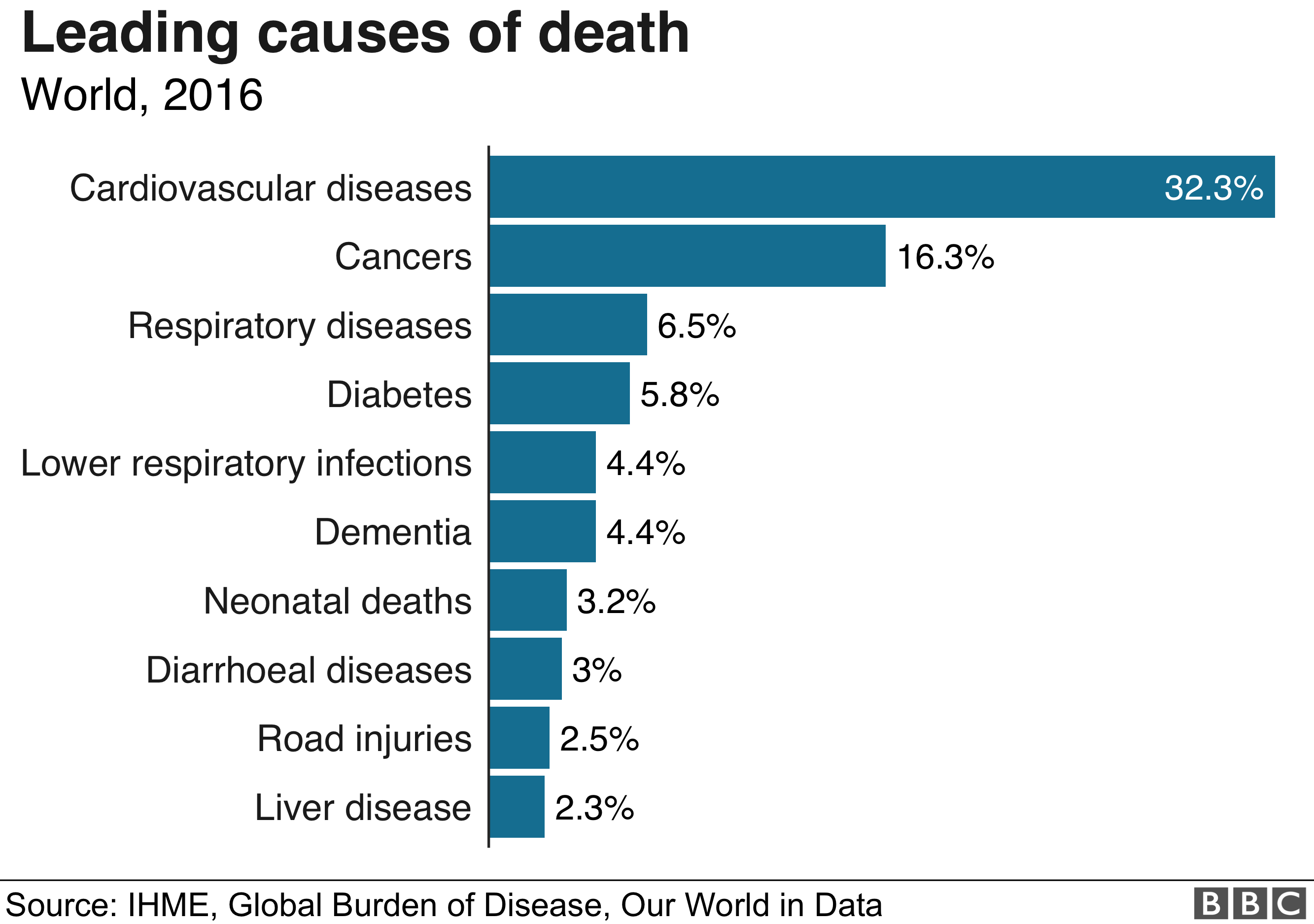 What may be more shocking is the number of people who still die from preventable causes.

About 1.6 million died from diseases related to diarrhoea in 2017, putting it in the top 10 causes of death. In some countries, it’s one of the largest killers.

Neonatal disorders – the death of a baby within the first 28 days – claimed 1.8 million newborns in 2017.

The frequency of these deaths varies greatly from country to country. In Japan, fewer than one in 1,000 babies die in the first 28 days of life, compared with just under one in 20 in some of the world’s poorest countries.