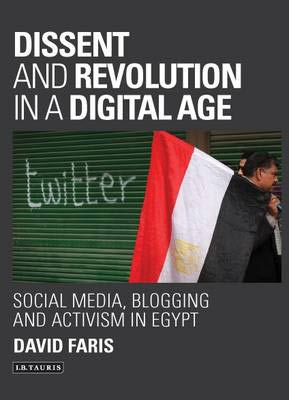 This post originally appeared on the LSE Review of Books

Dissent and Revolution in a Digital Age is essential reading for those interested in online activism, inasmuch as it provides a case study for Egypt as well as potentially for the rest of the world, writes Samaya Borom. This book tracks the rocky path taken by Egyptian bloggers operating in Mubarak s authoritarian regime to illustrate how the state monopoly on information was eroded, making space for dissent and digital activism.

The keen interest in the role that social media played in the lead up to the dramatic ousting of president Hosni Mubarak during early 2011 in Egypt was evident in virtually every media outlet and news organisation worldwide. Images of revolution were splashed across television screens, media devices and online and were coupled with commentary concerning the willingness of the Egyptian people to be frontier digital activists. Yet what wasn’t reported was the pre-existing intimate relationship that the Egyptian people already had with social media, and how these historical relationships forged the way for the more open types of communication that characterised the Arab Spring and ultimately, lead to the fall of the Mubarak regime in 2011.

Faris’s speciality is concerned with how the internet is regulated and the role that government has in dealing with online activism. From this, he looks at the role of digital activism and how it effects change. In this sense, chapter two ‘A Theory of Networked Revolt: Social Media Networks, Media Events and Collective Action’ works as the theoretical foundation of the book and provides an adequate overview of network theory and illustrates how the relationship between Social Media Networks (SMN), media events and political mobilization should be understood.

The increased use of SMN tools to organise opposition against authoritarian regimes is discussed in chapter four, ‘New Tools, Old Rules Social Media Networks and Collective Action in Egypt” which uses case studies to illustrate the impact that technology can have when attempting to bring about political or social change. The case study concerning the Egyptian judiciary is of particular interest and acts as a representation of the type of democratization ideal that was sweeping through the country prior to January 2011. SMNs are demonstrated to have played a key part in the mobilization processes and as blogs increased in size as well as capacity to comment, they helped spread key information about protests, dates, arrests and the like. Faris not only celebrates the successful use of tools of Social Media Networks, he also acknowledges their weaknesses and limits which is essential in understanding such mobile activism. It is clear that such networks cannot be claimed to be solely responsible for the mobilization of people against all issues and this is discussed in detail when Faris looks to protests against the State of Israel for the invasion of the West Bank in 2002, the Lebanese war in 2006, and the ongoing Gaza occupation.

SAMAYA BOROM is a Masters student in Public and International law at the University of Melbourne, Australia, with a specialisation in international criminal law. She is a web and communications professional who also works as a freelance journalist and author. Samaya has a working interest in human rights, international law, privacy and surveillance.