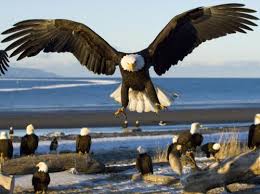 On a yearly basis BBVA Research selects the key emerging countries comparing them with major developed economies. The nine emerging countries classified as EAGLEs last year continue to be on the list after revising their long – term projections: China, India, Indonesia, Brazil, Russia, Korea, Turkey, Mexico and Taiwan. The Nest group is formed by 14 countries, most of them in Asia and Latin America…. (Full Report in PDF)

After briefly reviewing key developments in the emerging world in 2012, the third annual update of the Emerging and Growth Leading Economies (EAGLEs) reassesses the economic relevance of emerging economies and compares them with a core group of developed countries. To this end, we follow the same rigorous but dynamic approach followed in previous reports given its benefits:

Finally in this report we would like to remind that risks are also present in a general positive outlook. Last year’s challenging –even if still relatively positive-outcome for emerging markets has shown that full decoupling is unrealistic under strong trade, financial and confidence links. Being isolated is not possible, so the key is to be as prepared as possible for ‘the rainy days’as many emerging economies havealready done.

The radical change for emerging countries during the last 10 to 15 years has been the birth of the so -called ‘new normal’ of risk as a result of lower vulnerabilities, both in historical and relative terms to developed markets. However, the lesson should be that there is no room for complacency and further reforms should be implemented for our scenario of rapid convergence to higher income per capita to fully come true.