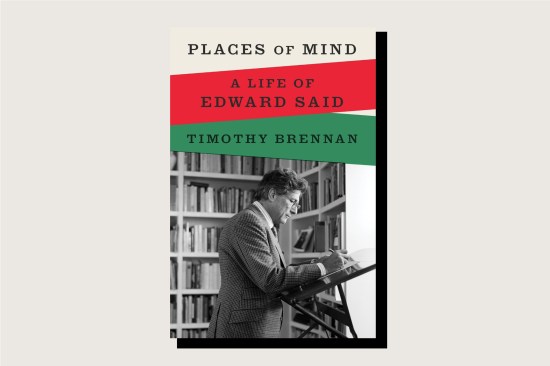 Radicalism is nothing more than understanding the root of a problem. Time and again, the late Palestinian and American thinker Edward Said struck at the self-deceptions, the shortcomings, and the prejudices underlying U.S. foreign policy. Throughout the 1990s—when the “end of history” seemed at hand, to be ushered in by a global peace brokered by U.S. supremacy—Said forewarned of the “charade” of the U.S. peace process in the Middle East. He despaired toward the end of his life of any change in the Palestinians’ disastrous position, whose leadership had signed away any gains made in the national struggle for self-determination with the Oslo Accords, which he called “an instrument of Palestinian surrender, a Palestinian Versailles.”

Recent events in Palestine and Israel have shown Said was one of the few people to frame this issue properly. The U.S. media is beginning to catch up with his positions, which were considered radical in his own time, mostly because of the deep sense of history his writings evinced. The change has been led by the conversion of American liberals like Peter Beinart, whose recent articles supporting the rights of Palestinians in Jewish Currents earned him a profile in the New Yorker. But the U.S. establishment is rarely willing to consider the idea that the Palestinian national liberation struggle—in so far as it had any hope of leading to a two-state solution—ended with U.S. brokered talks in the 1990s rather than began with them. This 30-year lag has done great damage to U.S. foreign policy in the region as well as American national politics.

The conflict in Palestine is as much a “war of images and ideas” as it is a question of policy, as Said clearly understood. For a couple decades, Said was the most influential spokesperson for the Palestinians in the United States—a lonely and courageous position at a time when using the word “Palestine” was considered a political provocation. The U.S. public’s complacency is one of the greatest aids to Israeli influence over U.S. policy—and it was here that Said’s eloquence struck its greatest triumph, with even the American Israel Public Affairs Committee warning its supporters that “challenging him will only make you look bad.” Today, Israel’s leaders can no longer take public complaisance or, as Said put it, the “near-total triumph for Zionism” in U.S. public and political discourse for granted. There should be no doubt this is largely the legacy of Edward Said.

Said was a political activist, scholar, memoirist, and literary and musical critic. Every U.S. humanities student in the past few decades has dealt with his legacy. Said’s book Orientalism prepared the way for a revolution in the study of literature, history, and politics. This unexpected, scholarly bestseller showed the European humanities—whether it is the writing of a novel or the study of foreign languages—played a role in advancing the injustices of global imperialism. In Places of Mind: A Life of Edward Said—the first major biography of the iconic thinker since his death in 2003—author Timothy Brennan said Said used writing Orientalism to come to grips with the iniquitous portrayal of Palestine in the U.S. media. Said ended up going further into the history of Western literary and colonialist discourse to understand how modern pundits could so grossly subsume events like the ethnic cleansing of Palestine in 1948 or Israel’s discriminatory state within the meretricious rubric of the “Middle Eastern conflict.”

“Said’s political work,” Brennan explained, “found its basis in literary criticism.” This is quite literally true: Said parsed, edited, and helped to translate several texts of the Palestinian movement in the 1970s and 1980s, including nationalist leader Yasser Arafat’s first address before the United Nations. Said’s role in this movement also mediated his study of modern literary theory. He ended by being an inveterate anti-colonial thinker rather than a scholastic of post-colonialism’s trivialities. (“I don’t think the ‘post’ applies at all,” Said once told a colleague.) This is what allowed Said to carry on his fight against the shabby canards of the U.S. foreign-policy establishment, chief among them the Middle East “peace process.”