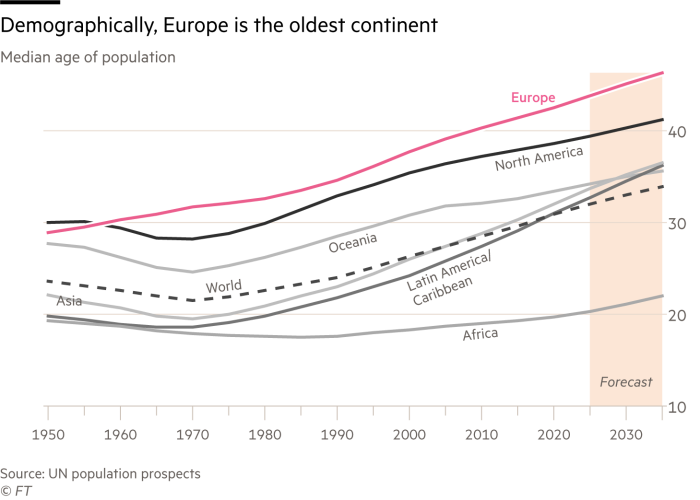 With its low birth rate and fast-ageing population, Europe is facing a demographic crisis, one that economists fear could hit growth and public finances.

While the global population overall is getting older, Europe is an extreme example of this trend, particularly in the continent’s south and east, which have been hit by record-low fertility rates and emigration. An analysis of the main demographic trends highlights the challenge faced by policymakers.