Abstract:
Partisan conflict and policy uncertainty are frequently invoked as factors contributing to slow post-crisis recoveries. Recent events in Europe provide ample evidence that the political aftershocks of financial crises can be severe. In this paper we study the political fall-out from systemic financial crises over the past 140 years. We construct a new long-run dataset covering 20 advanced economies and more than 800 general elections. Our key finding is that policy uncertainty rises strongly after financial crises as government majorities shrink and polarization rises. After a crisis, voters seem to be particularly attracted to the political rhetoric of the extreme right, which often attributes blame to minorities or foreigners. On average, far-right parties increase their vote share by 30% after a financial crisis. Importantly, we do not observe similar political dynamics in normal recessions or after severe macroeconomic shocks that are not financial in nature.

Instead of wringing our hands about the rise of populism, can we finally do something about it?

BY Dalibor Rohac,  a research fellow at the American Enterprise Institute. Follow him on Twitter: @DaliborRohac. SEP 16, 2016 – 10:36 AM

Because they are tailored to appeal to voters, all political platforms are, to some extent, “populist.” But what sets the wave of populism currently sweeping across the Western world apart from politics as usual is its impatience with constraints placed on democratic governments — in other words, its authoritarianism.

When Fox News host Brett Baier suggested that the military would refuse Donald Trump’s orders to torture captured jihadis, the latter responded simply, “They’re not going to refuse me.”  The notion that leaders elected by popular majorities can flout legal norms, constitutional rules, and democratic checks and balances is at heart of the “illiberal democracy” promoted by Viktor Orban in Hungary and the ethos of Poland’s Law and Justice Party, which has held power since October.

Although most frequently associated with political right, authoritarian populism cuts across ideological lines. True to their Maoist and Leninist precepts, the more radical members of Greece’s Syriza oppose not just Greece’s European creditors but also “capitalism itself.” In January, Spain’s newly elected Chamber of Deputies held its swearing-in ceremony. In a departure from tradition, many of the new deputies from the left-wing Podemos party conspicuously promised not just to “abide by the constitution,” but also to “work toward changing it.”

Support for authoritarian populists is driven by different factors in different countries. Much like Tolstoy’s unhappy families, each unhappy in their own way, today’s populists, both on the left and right, are responding to grievances specific to each particular time and place.

Greece has gone through dramatic economic hardship since the beginning of the global economic downturn of 2008. The United Kingdom and Germany have seen large influxes of Eastern European immigrants and Middle Eastern asylum-seekers, respectively. France and Belgium have been shaken by Islamist terrorism. Some European countries are still struggling with historic legacies of nationalism, while others face a barrage of Russian propaganda. The world’s leading liberal democracy, the United States, has still other problems, which are not exactly mirrored on the other side of the Atlantic. 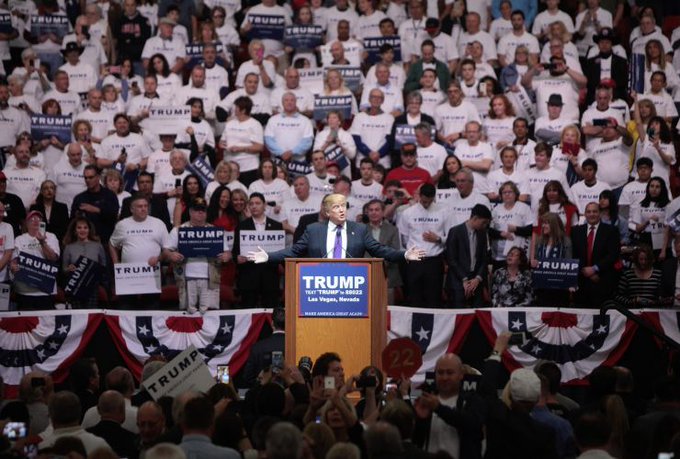