FAREED ZAKARIA GPS Transcript: Oct 18, 2015 (Reference to new book on FORECASTING at the end of the program).

This week’s book of the week is Philip Tetlock’s «Superforecasting: The Art and Science of Prediction.» If you’re wondering if there’s any way to predict an election, an economic crisis or even a war, Tetlock has an answer. He uses psychology and political science and a lot of common sense, and he taps into what’s often called the wisdom of crowds. This is a fascinating book and it will make you think.

«The most important book on decision making since Daniel Kahneman’s Thinking, Fast and Slow.»
—Jason Zweig, The Wall Street Journal

Everyone would benefit from seeing further into the future, whether buying stocks, crafting policy, launching a new product, or simply planning the week’s meals. Unfortunately, people tend to be terrible forecasters. As Wharton professor Philip Tetlock showed in a landmark 2005 study, even experts’ predictions are only slightly better than chance. However, an important and underreported conclusion of that study was that some experts do have real foresight, and Tetlock has spent the past decade trying to figure out why. What makes some people so good? And can this talent be taught?

In Superforecasting, Tetlock and coauthor Dan Gardner offer a masterwork on prediction, drawing on decades of research and the results of a massive, government-funded forecasting tournament. The Good Judgment Project involves tens of thousands of ordinary people—including a Brooklyn filmmaker, a retired pipe installer, and a former ballroom dancer—who set out to forecast global events. Some of the volunteers have turned out to be astonishingly good. They’ve beaten other benchmarks, competitors, and prediction markets. They’ve even beaten the collective judgment of intelligence analysts with access to classified information. They are «superforecasters.»

In this groundbreaking and accessible book, Tetlock and Gardner show us how we can learn from this elite group. Weaving together stories of forecasting successes (the raid on Osama bin Laden’s compound) and failures (the Bay of Pigs) and interviews with a range of high-level decision makers, from David Petraeus to Robert Rubin, they show that good forecasting doesn’t require powerful computers or arcane methods. It involves gathering evidence from a variety of sources, thinking probabilistically, working in teams, keeping score, and being willing to admit error and change course. Superforecasting offers the first demonstrably effective way to improve our ability to predict the future—whether in business, finance, politics, international affairs, or daily life—and is destined to become a modern classic. 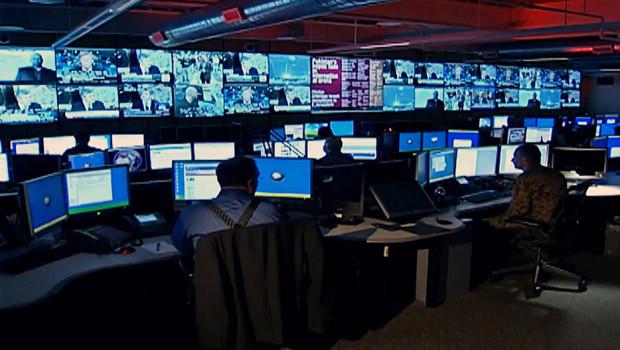 There may be trouble ahead

Confidence is a preference for the habitual investor in the stock market, as equities tend to rise over time.

Fund managers need not so much confidence in shares as strong self-confidence: in a business where the average manager underperforms a basic index tracker, self-awareness would make it hard to justify the fees.

Neither investors nor fund managers are showing much confidence at the moment, as they worry about the timing of a US rate rise, about the Chinese economy and about the risk of a commodity and emerging country crash ripping through global markets.

Yet, economic forecasts show a surprising lack of divergence. At a time when uncertainty abounds, one might expect a big spread of growth predictions, as some economists prepare to batten down the hatches against a storm ahead while others are a couple of sheets to the wind.

Instead, the gap between optimists and pessimists is close to all-time lows. The standard deviation of forecasts for the US, UK, eurozone and Japan are all close to their lows, according to Consensus Economics (see chart). For Europe, slow growth helps narrow the gap, but even so it is surprising to see such a clustering of predictions.

When economists have all thought the same thing in the past it has usually been a sign of trouble ahead: 2007, 2011 when investors wrongly thought the eurozone problems were past, just before the Asian crisis in 1997. In Japan, economists herded into a narrow range of forecasts just before last year’s recession, while in the US they were in close agreement (and wrong) at the end of 2013, when bond yields had soared to 3 per cent, a level not seen since.

Economic forecasts and herd mentalit…. James Mackintosh worries that herding by economists has tended to be a sign of overconfidence. The Short View October 15, 2015