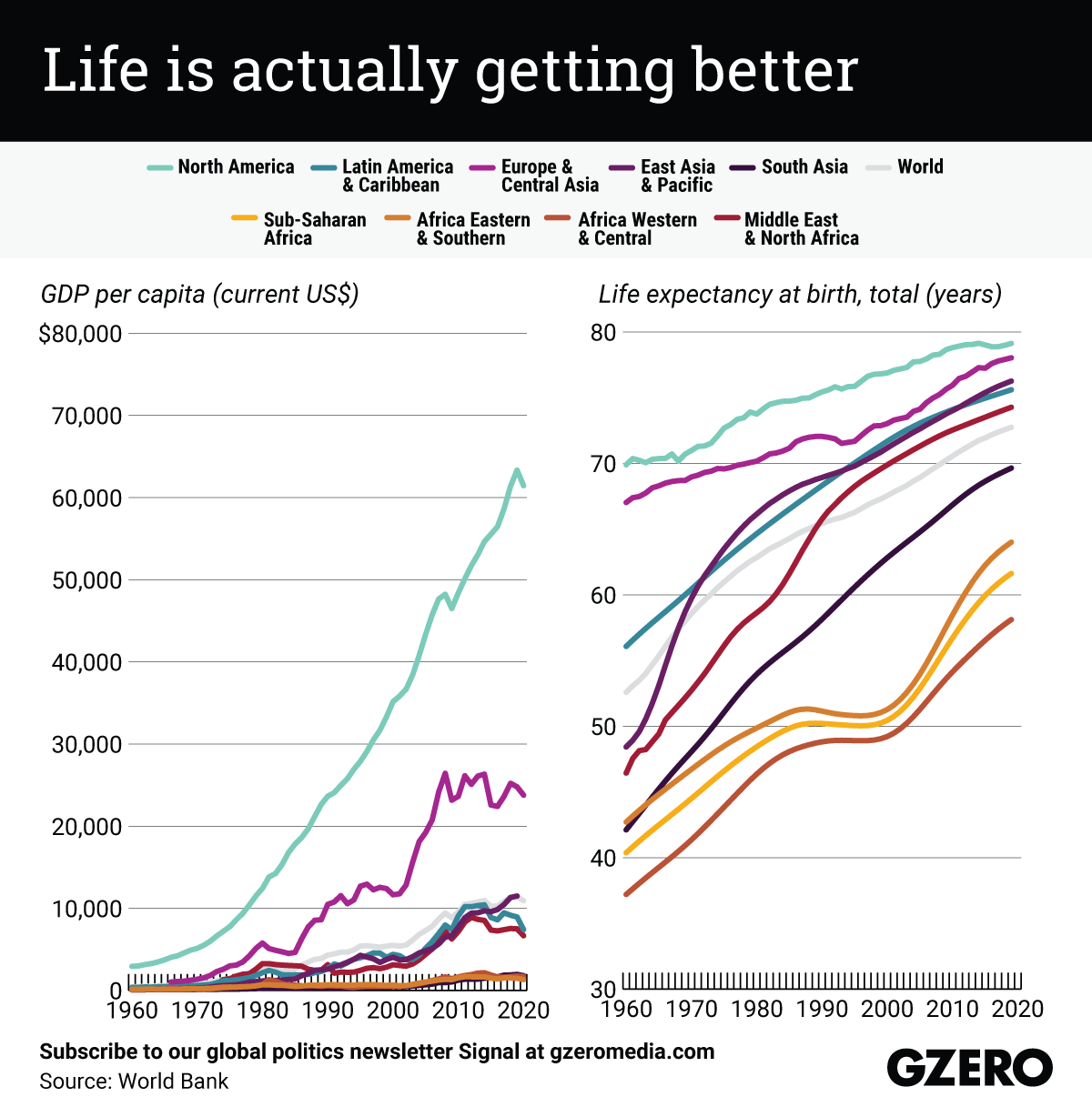 There’s a lot of doom and gloom in the world these days, and much cause for pessimism. Still, the advent of new technologies and scientific advancements has lifted billions out of poverty and increased quality of life for many over the last half century. Since 1990, global average life expectancy has increased by eight years to 73, while GDP per capita has also grown exponentially, doubling over the past decade alone. We take a look at how life expectancy and GDP per capita have evolved globally from 1960-2019.