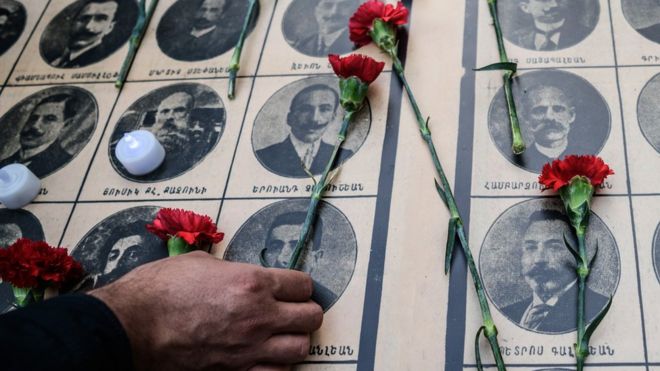 The German parliament is set to approve a resolution declaring that the mass killing of Armenians by Ottoman Turks during World War One was a «genocide».

Turkey is bitterly opposed to the Bundestag (lower house) resolution, and has warned that it could hurt ties.

Armenians say up to 1.5 million of their people died in the atrocities of 1915. Turkey says the toll was much lower and rejects the term «genocide».

The timing is awkward, as the EU needs Turkey to help stem the migrant influx.

More than 20 nations, including France and Russia, as well as Pope Francis, have recognised the 1915 killings as genocide.

Turkey denies that there was a systematic campaign to slaughter Armenians as an ethnic group during WW1. It also points out that many Turkish civilians died in the turmoil during the collapse of the Ottoman Empire.

Chancellor Angela Merkel will not be in the Bundestag for the vote. Her Christian Democrats (CDU), their coalition partners the Social Democrats (SPD) and the Greens all support the resolution.

More on this story