Since the end of the Cold War, businesses have built an awe-inspiring global infrastructure. Digital pipelines move vast amounts of capital and data around the world, and supply chains crisscross international boundaries in a spider web of commerce. An intricate system of networks keeps the global economy running smoothly, but it’s easy to take for granted, because it remains largely hidden from view.

Though these networks appear to have multiple redundancies and to be decentralized, many have significant choke points. Global finance relies on a single organization in Belgium to relay the majority of transactions between banks. Cloud computing’s information storage facilities are often located in the United States. Complex supply chains can be dependent on a handful of components, like the chips Qualcomm makes for devices with the Android operating system.

These choke points allow seemingly neutral infrastructure to be manipulated by governments to further their national strategic goals. China’s push into 5G equipment has raised concerns in the West precisely because it might give the Chinese access to key parts of emerging communications networks. Japan recently restricted the export to South Korea of three chemicals crucial to the production of semiconductors, because of a political spat with Seoul. And the United States has aggressively exploited its control of a variety of seemingly technical structures that make global trade possible; it now appears increasingly willing to turn those structures into a machinery of domination. 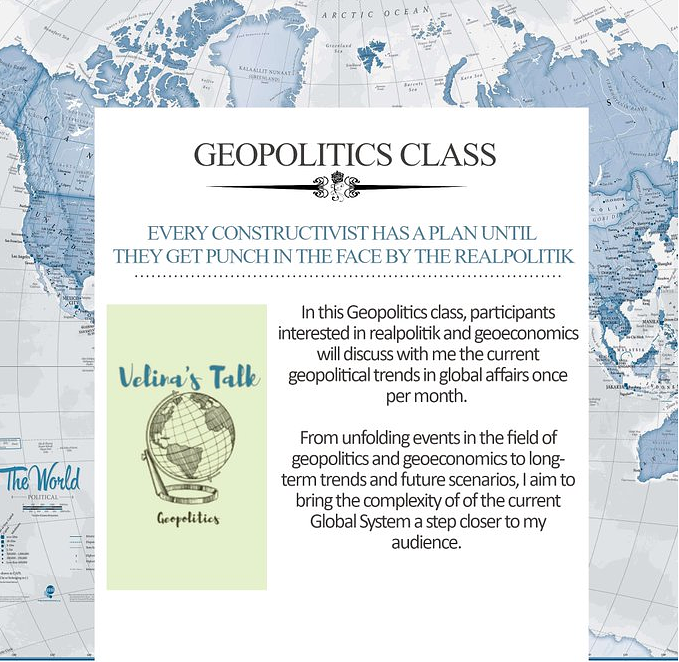 In this monthly class, I invite participants interested in the world of global finance, economy, and politics to discuss with me the geopolitical trends in global affairs and the most pressing issues following the Covid-19 crisis.

The topic will be «Global Choke Points and the Impact on Global Affairs.»

The Webinar is conducted via digital platform Eyeson (no download or subscription needed), https://www.eyeson.com/

A glimpse of the future: The Ever Given and the weaponisation of choke-points (ECFR)

PANOPTICONS AND CHOKEPOINTS (The Wilson Quarterly)