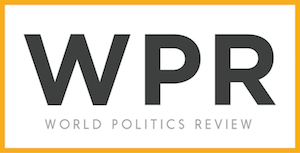 Around the world, migration continues to figure prominently in political debates. In Europe, far-right populist parties have used the Migrant Crisis of 2015 and latent fears of immigrants to fuel their rise and introduce increasingly restrictive border policies in countries, like Italy, where they entered government. The popular backlash against immigrants has also pushed centrist governments to adopt a tougher line on immigration at home, while working with countries of origin and transit to restrict migration, whether through improving border controls or strengthening economic incentives for potential emigres to stay in their home countries.

In some places, the strategy appears to be working—for now. In Europe, asylum applications have dropped back to pre-2015 levels, when a wave of refugees and immigrants arrived on the continent from Syria and elsewhere in the Middle East and Africa. In the United States, President Donald Trump’s pressure on Mexico to secure its southern border also appears to have stemmed the flow of refugees and migrants attempting to make it into the country. More recently, the Trump administration has begun returning asylum-seekers to the Central American countries they transited on the way to the U.S. border, despite the lack of security that is driving people to flee those countries.

With political debates over migration often dominated by short-term strategies, many of the persistent drivers, including persecution, conflict and war, go unaddressed. The United Nations Refugee Agency’s most recent report, from June, counted 79.5 million forcibly displaced people around the world at the end of 2019, up from 70 million in 2018. Among them were 26 million refugees and 45.7 million internally displaced people. While global leaders might seek to curb migration by spurring economic growth, they cannot ignore the role played by conflict and persecution, which often make asylum-seekers unable to return to their home countries. There has also been little global focus on future drivers of migration, including climate change.

Meanwhile, efforts to craft some kind of global consensus on migration are falling victim to the same forces that are demanding quick solutions to a complex issue. Following America’s lead, several countries backed out of the U.N. Global Compact on Migration, which was ratified in early 2019, despite it being only a nonbinding framework to help address some of the key issues surrounding the global migration boom—including how to institute policies that ensure people on the move are treated humanely.

WPR has covered migration in detail and continues to examine key questions about what will happen next. With migration levels to Europe falling, will right-wing parties still be able to use the issue for political gain? Will migration dominate the upcoming U.S. presidential election? How will the coronavirus pandemic and its economic fallout affect migration flows? Below are some of the highlights of WPR’s coverage.

President Donald Trump touts them as campaign promises he has delivered on, but by reversing Washington’s long-standing commitment to open markets and clamping down on immigration, he may have done permanent damage to America’s economy and global reputation. The aftershocks will be felt long after Trump.

The pace of new arrivals to Europe has slowed significantly since 2015, due in large part to a series of measures countries like Turkey and Libya have taken to block refugees and migrants from reaching the continent, in exchange for concessions and aid from the European Union. But despite the political demonization of migrants, many European countries are likely to become dependent on immigrants to replenish domestic workforces as birth rates fall.

Trump appears to want to end all migration across America’s southern border and has pressured Mexico to block immigrants and refugees from reaching the United States. Already a centerpiece of his presidency, the issue of migration across the Mexican border, most of which now originates in Central America, is likely to be at the heart of his upcoming reelection bid.

The surge in refugee numbers points to both a proliferation of conflicts and humanitarian crises, but also the failure to resolve long-standing crises. From Syria to Afghanistan to South Sudan, local, regional and international actors have been unable to craft solutions that will allow people to return to their homes. These persistent refugee populations are putting a strain on neighboring countries and, in some situations, like the flow of Venezuelan refugees across South America, sparking xenophobic attacks. The coronavirus pandemic has only exacerbated the precarious conditions many of them live in.

While the influx of immigrants to Western countries receives much of the global attention, this ignores the fact that most migration takes place between countries in the same region. That has put a significant burden on states that border conflict zones, like Uganda, which sits between both South Sudan and the Democratic Republic of Congo. In the absence of international attention and assistance, some countries have introduced innovative strategies for integrating refugees and migrants. But others have pushed back against their commitments under international law and may be forcing refugees and asylum seekers to return to dangerous situations.