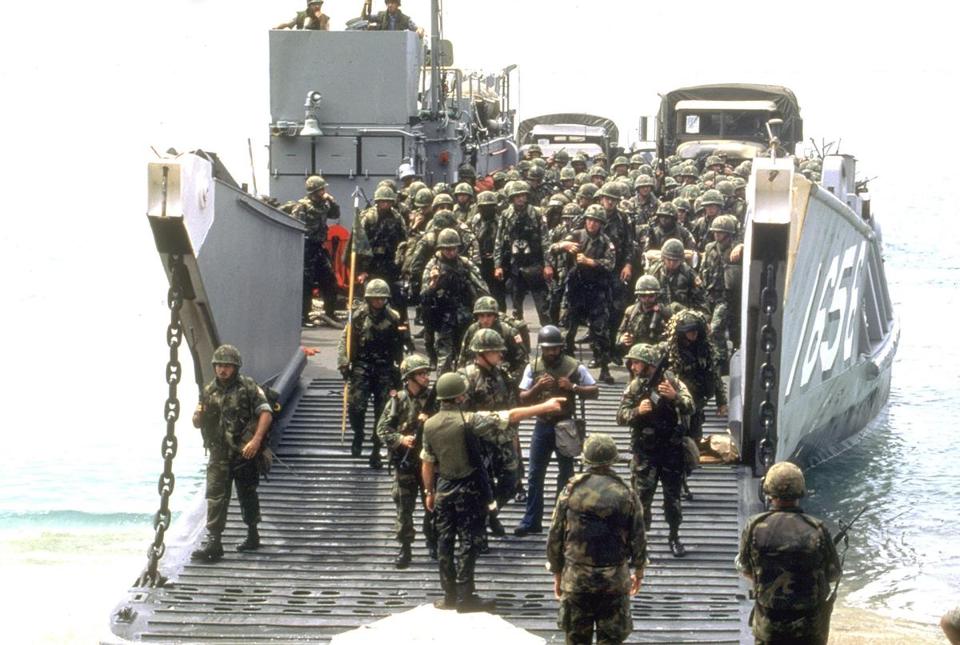 American troops disembarked at the start of the invasion of Grenada on October 25, 1983. Peter Carrette Archive/Getty Images via The Boston Globe

How Grenada reshaped the US military

On Oct. 25, 1983, the United States invaded the tiny Caribbean island republic of Grenada, a military mismatch analogous to a Goliath doing battle with a David—only with no sharp stones in the shepherd’s pouch.

Hostilities on the island were declared over within a week. The invasion is remembered today in America, if at all, as a brushfire war where the US military won a restorative victory in its first full-fledged combat since the ignominious end of the Vietnam War a decade earlier.

In subsequent years, the American military would march on to victory in Panama and in Kuwait, and then deploy for larger, much longer wars in Iraq and Afghanistan. But 30 years after the invasion of Grenada, hindsight suggests that this little war turned out in the long run to have a disproportionately large effect on the American military…MORE

Grenada marked perhaps the lowest ebb in military-media relations since the Revolution.