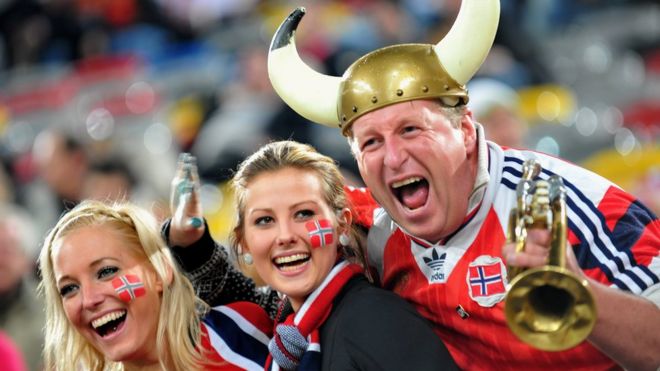 Norway is the happiest place on Earth, according to a United Nations agency report – toppling neighbour Denmark from the number one position.

The World Happiness Report measures «subjective well-being» – how happy the people are, and why.

Denmark, Iceland, Switzerland and and Finland round out the top five, while the Central African Republic came last.

Western Europe and North America dominated the top of table, with the US and UK at 14th and 19th, respectively.

Countries in sub-Saharan Africa and those hit by conflict have predictably low scores. Syria placed 152 of 155 countries – Yemen and South Sudan, which are facing impending famine, came in at 146 and 147.

The World Happiness Report was released to coincide with the United Nation’s International Day of Happiness on 20 March.

Norway Is Happiest Country in the World. What’s the Secret?