If Henry Kissinger used ping-pong in the early 70’s to break the wall between Communist China and the U.S., Iran’s president Hassan Rouhani, just a few days as Twitter user, is giving a lesson on how to make the best use of the 140 characters digital tool.

It’s just the beginning of a difficult approximation process to Iran’s arch-enemy, the so-called «big satan», after 34 years of  non-recognition and more or less open hostilities. As another form of public diplomacy, it is a demonstration of flexibility, opennes to social media and will to close as soon as possible the gigantic abyss between both nations against the fears and firm opposition of important forces inside both Iran and the U.S..

Taking into account the strong feelings of most saudis and israelis against any improvement in the position of Iran’s regime, both Rouhani and Obama will need to move fast to avoid the many traps and interests playing against success.

Top officials from the U.S. and Iran, headed by Sec of State John Kerry and Foreign Minister Javad Zarif met on Thursday, Sep 26, for the first time in 30 years. How serious is Iran about making a deal with the international community on their nuclear program? Judy Woodruff talks to Flynt Leverett of Penn State University, Suzanne Maloney of Brookings Institution and former CIA case officer Reuel Marc Gerecht. 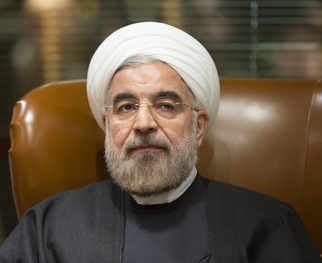 JUDY WOODRUFF: For the first time in more than 30 years, the most senior diplomats of the United States and Iran talked face to face.

A short time ago, Secretary of State John Kerry and Foreign Minister Mohammad Javad Zarif, plus other foreign ministers, met to discuss Iran’s nuclear program and international sanctions against the country. Iran’s President Hassan Rouhani says he wants to reach an agreement in three to six months. And this morning at the U.N., he called on Israel to join the Nuclear Non-Proliferation Treaty and on all nations to abandon nuclear arms.

PRESIDENT HASSAN ROUHANI, Iran: A peaceful and secure world remains a shared ideal for us all. The horrors of Hiroshima and Nagasaki deepened our resolve to prevent the occurrence of such unspeakable death and destruction.

No nation should possess nuclear weapons. Since there are no right hands for these wrong weapons, the only absolute guarantee is their total elimination.

JUDY WOODRUFF: Given the outreach, how should the U.S. proceed?

We have three views now. Suzanne Maloney studies Iran and the Middle East at the Brookings Institution. Flynt Leverett is a professor of international affairs at Penn State University. And Reuel Marc Gerecht is a senior fellow with the Foundation for Defense of Democracies. Welcome to the NewsHour, all three… MORE

In phone convo, President #Rouhani and President @BarackObama expressed their mutual political #will to rapidly solve the #nuclear issue.

How the Obama-Rouhani Call Came About – Washington Wire – WSJ

For a moment it looked like the much-discussed rapprochement between the U.S. and Iran wouldn’t happen after Iranian President Hasan Rouhani ducked President Barack Obama during a United Nations… 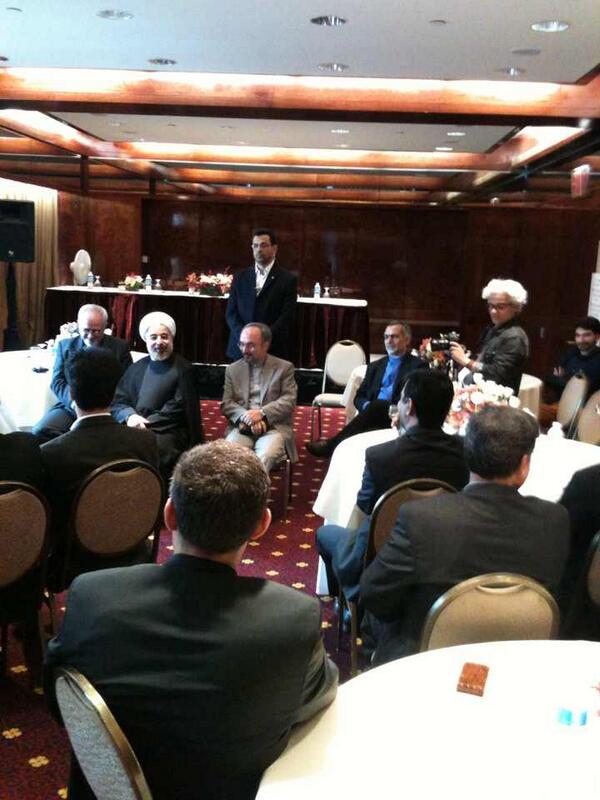