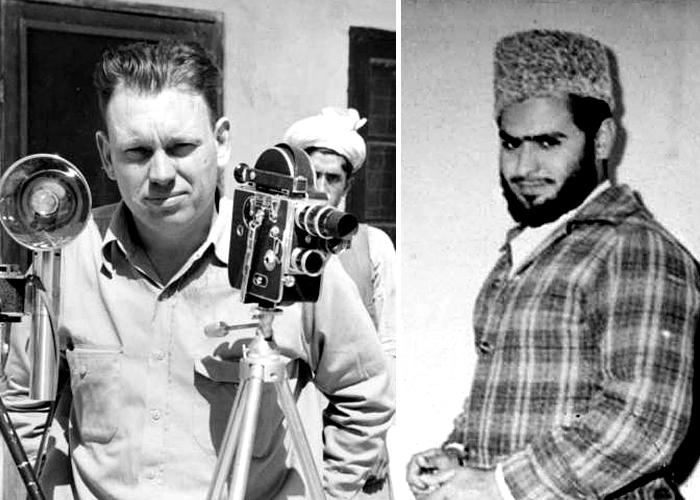 When a young American engineer Glenn Foster arrived in Afghanistan, he found a country rushing towards the future. The people are “exploding out into the open,” he said later.

The spirit of a new era is driving them at a furious pace.”

It was 1952. Afghanistan was still a kingdom, and King Zahir had hired foreign technicians – including American engineers and construction specialists – to help build the new post-war Afghanistan. Post-World War Two, that is.

Afghanistan faced the world with confidence. Revenue from its main export, the karakul lambskin, had grown steadily as the furriers, milliners and clothiers of a stricken Europe decamped to the United States. Although poor and undeveloped, Afghanistan in the late 1940s held $100m dollars in reserves.

Glenn Foster carried with him a 16mm camera, and in the seven years that he was to live and work in Afghanistan he shot hour upon hour of film – of Afghan life and landscapes, of engineering projects, of Christmas parties in the American community. And in those hours of film he captured the country in a hopeful moment of its history that is all but forgotten.

Foster’s films are mainly shot in southern Afghanistan, in Kandahar, the old capital of the south, and in Helmand, an area that has often made headline news as a bloody battleground since the US led foreign forces into Afghanistan in 2001.

The same area was at that time the centre of an immense project to develop the south through the building of roads and dams, to irrigate the desert and electrify the cities.

Through Foster’s lens we meet Americans and Afghans sharing the same space with amusement and curiosity – comfortable with one another and working side by side. No-one worried about their personal safety then, or was afraid to visit someone’s house for dinner or a wedding.

Foster took his camera into workshops and villages, out on the road and into the desert. The country slipped under his skin.

In some of these scenes, Foster is standing in a Kandahar street – as street vendors, their shoulders draped with numerous coats, smile for the camera.