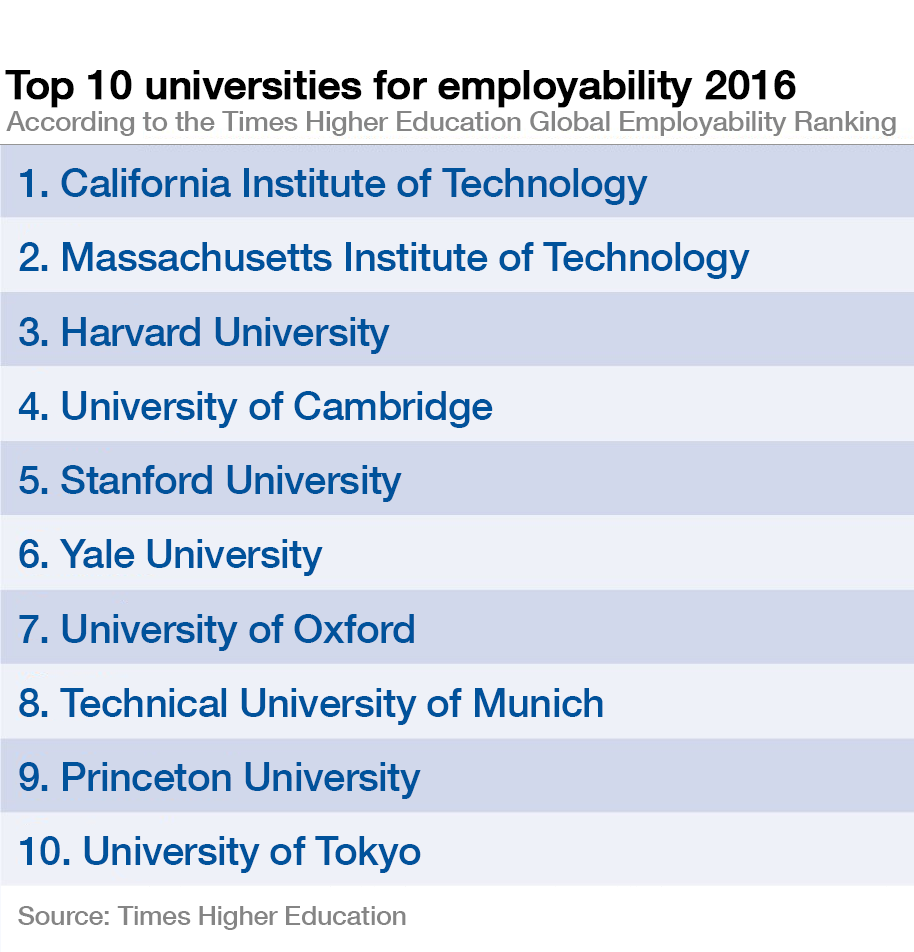 You may have years of study under your belt and a degree certificate to prove it, but how well did your university prepare you for the workplace?

The Global University Employability Ranking 2016, published by Times Higher Education, reveals which universities recruiters at leading companies around the world think are the best at producing work-ready graduates.

The league table of 150 universities in 34 countries was based on the opinions of 2500 graduate employers in 20 countries, who were asked what they look for when recruiting graduates and which universities they believe produce the most employable graduates.

Universities in the United States dominated this year’s ranking – six of the 10 highest-placed institutions, including the top three, were in the US. In pole position was the California Institute of Technology (Caltech), which came second on the Times Higher Education overall ranking of the best universities in the world, behind the University of Oxford.

The UK has two universities in the top 10 on the employability ranking, and Germany and Japan have one each.

Further down, the league table becomes more international, with Chinese, Singaporean, Canadian and French institutions appearing in the top 20.